Germany recorded zero growth in the fourth quarter, only narrowly avoiding a recession and adding to downbeat signs piling up about the 19-country eurozone economy. 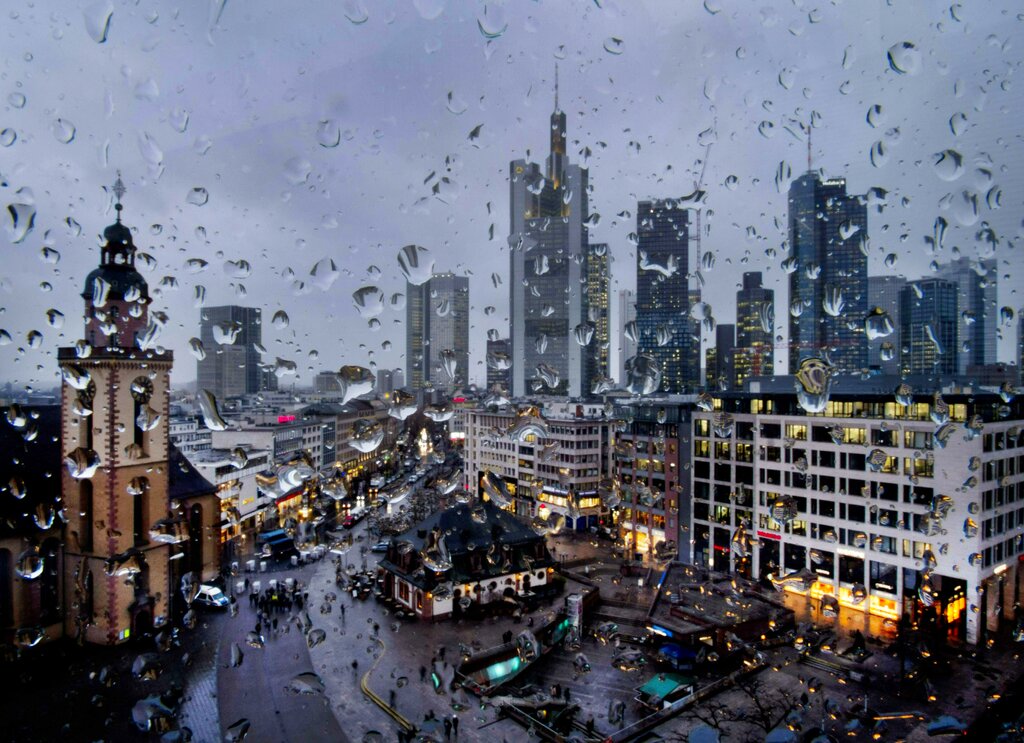 The buildings of the banking district are seen behind rain drops on a window in Frankfurt, Germany. (File photo: AP)

The lackluster figure released Thursday was lower than the 0.1 percent expected by market analysts and followed a 0.2 percent fall in output during the preceding third quarter.

Business spending on machinery and equipment as well as construction supported the economy in the fourth quarter and prevented Germany from suffering two straight quarters of negative growth, one definition of a recession. Exports and imports increased at nearly the same rate, meaning no positive contribution to fourth-quarter growth statistics.

Slowing global trade amid US-China trade tensions has been holding back Germany's export-focused economy. Growth last year was also hit by troubles in the auto industry when automakers had difficulty getting new cars certified under new emissions tests, and by low water on the Rhine River that interrupted commerce. The slowdown led the European Commission last week to cut its growth forecast for Germany for this year to 1.1 percent from 1.8 percent.

The weak second half followed stronger performance in the first six months, leaving growth for all of 2018 at 1.5 percent. For the fourth quarter, the year-on-year growth rate slumped to 0.6 percent, tracing a steady decline from 1.2 percent year-on-year in the third quarter and 2.0 percent in the second.

Germany's sluggishness has held back the economy across the countries that use the euro. The eurozone grew by just 0.2 percent in the fourth quarter, the same as in the previous three-month period.

Recent economic indicators have been weak, leading to speculation that the European Central Bank may hold off raising interest rates longer than originally expected. The bank has said it will hold rates at record lows at least until "through the summer" of this year. Analysts say it may push back that earliest possible date in its policy statement if signs of weakness continue.

Andrew Kenningham, chief Europe economist at Capital Economics, said the fourth-quarter weakness "bodes ill for economic growth this year too." He said the fourth-quarter weakness could no longer be attributed to the auto sector problems since vehicle production edged up in the last three months of the year. He forecast 1.0 percent growth this year but added "there are significant downside risks to this forecast."

Economist Carsten Brzeski at ING Germany said that "the German economy escaped a technical recession with the smallest margin possible. The black eye just got blacker." He said, however, that many economic fundamentals remain strong. A low unemployment rate of 3.3 percent is helping support domestic demand.

"The upside from today's data is that it can hardly get worse," Brzeski said. "Economic fundamentals remain solid and from here on, chances of a gradual rebound are still much higher than chances of yet another disappointment."