The southeast region of Bavaria in southern Germany is reeling after torrential rain battered the region over the weekend. 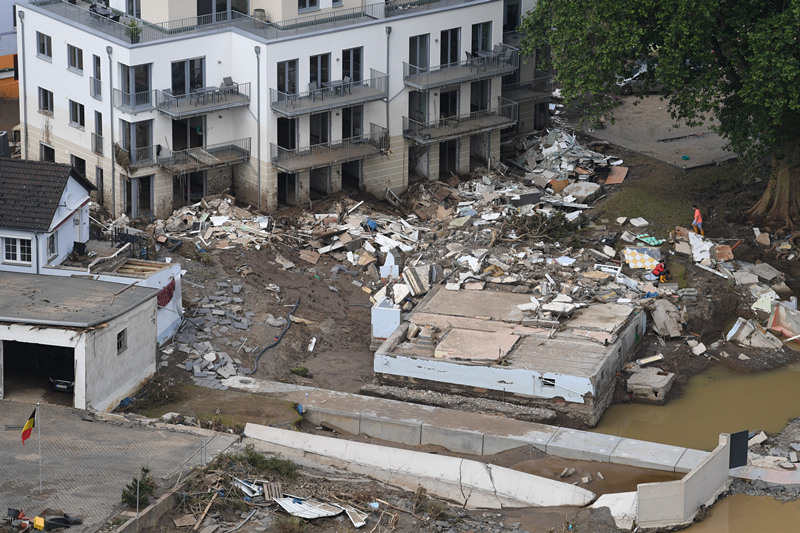 Flood warnings were sent out on Saturday evening as heavy downpours caused rivers to overflow and flood basements, roads and bridges to be closed and residents to search for higher ground.

Earlier in the week, devastating downpours caused mass flooding in the Western German states of North-Rhine Westphalia and Rhineland-Palatinate. Damage was also caused in neighboring Belgium and The Netherlands.

The region of Berchtesgadener Land, at the foothills of the Bavarian Alps, was declared a disaster zone after rushing water and mudslides threatened several of the houses in the area.

According to the district administrator, around 900 people were deployed to help in relief efforts.

Some 130 residents were evacuated and one elderly woman was killed when waters overpowered her in her basement.

The Olympic bobsled run was also destroyed, leading authorities to predict a cancellation of the winter season.

The Beshmeyer family only heard about the flooding to the basement of their store hours after it happened, 14-year-old Maria Beshmeyer told CGTN Europe. 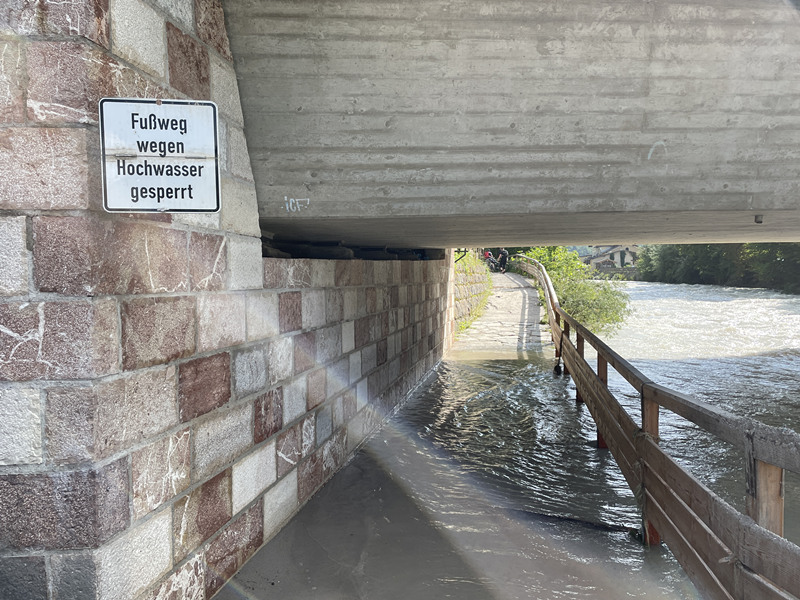 The floods have wreaked havoc in the Bavaria region of southern Germany. /Natalie Carney/CGTN Europe

"It was a short rain period, then for about 45 minutes it rained hard, then it calmed down but it was enough to overflow the streams and bridges. We first heard hours later that our cellar was flooded and then we called the fire department, which pumped out the water," she said.

The water had risen by more than half a meter, resulting in immense material damage to most of the family's furniture. "Everything below the 60 cm mark was destroyed. The kitchen furniture is completely gone. The sofa, bed, a desk with a lot of letters, table and chairs," Beshmeyer added.

"We are deeply concerned," said Soeder. "What you build up your entire life is flushed away in a night. It's an unbelievable wake-up call from nature."

On Monday, Water levels began receding, allowing some residents of Berchtesgaden to return home. Yet others discovered their homes unliveable after surveyors found the ground beneath them or their infrastructure unsafe.

The federal government is predicting a minimum of 2 billion euros in damage ($2.45bn) to the rail and road infrastructure alone in the flood-ravaged areas of the country and has spoken of a potential emergency aid of 400 million euros ($470m) to help the victims of the floods nationwide.

However, the full extent of all the damage could take weeks to assess. 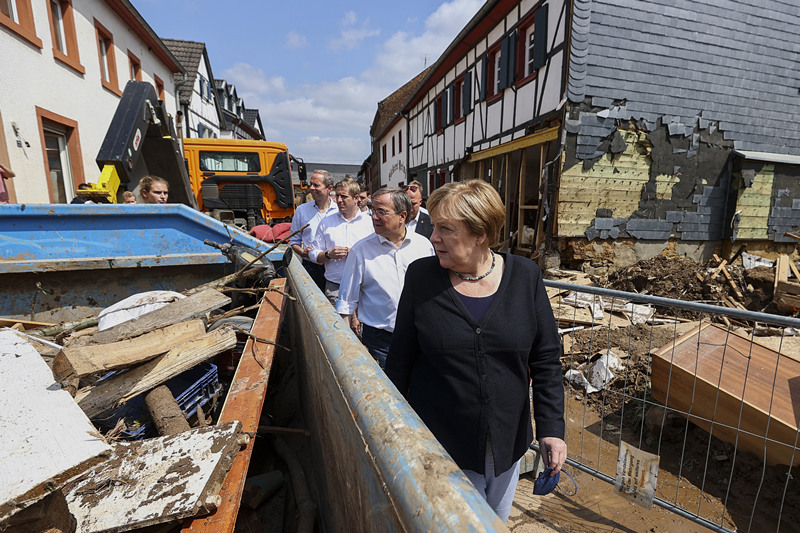 Meteorologists say the worst is over for Bavaria, but a storm is now brewing over the federal government's response to the catastrophe.

Germany's Link Party is calling for the resignation of Federal Interior Minister Horst Seehofer, accusing Berlin of not adequately warning people of the impending severe weather.

Yet the president of the Federal Office for Civil Protection and Disaster Relief has rejected such criticism, saying a warning had been issued between Wednesday and Saturday and that it is up to the local authorities and the population to react to these warnings.

Maria Beshmeyer said a warning was sent out, but it had no urgency.

"A couple of hours before they said it wasn't going to be that bad. That's why the firefighters never showed up with sandbags. So the warning wasn't urgent enough," she explained.

Climate change is being blamed for the extreme weather affecting central Europe and with federal elections only two months away, climate action will likely be at the forefront of voters' minds when they head to the polls in September.