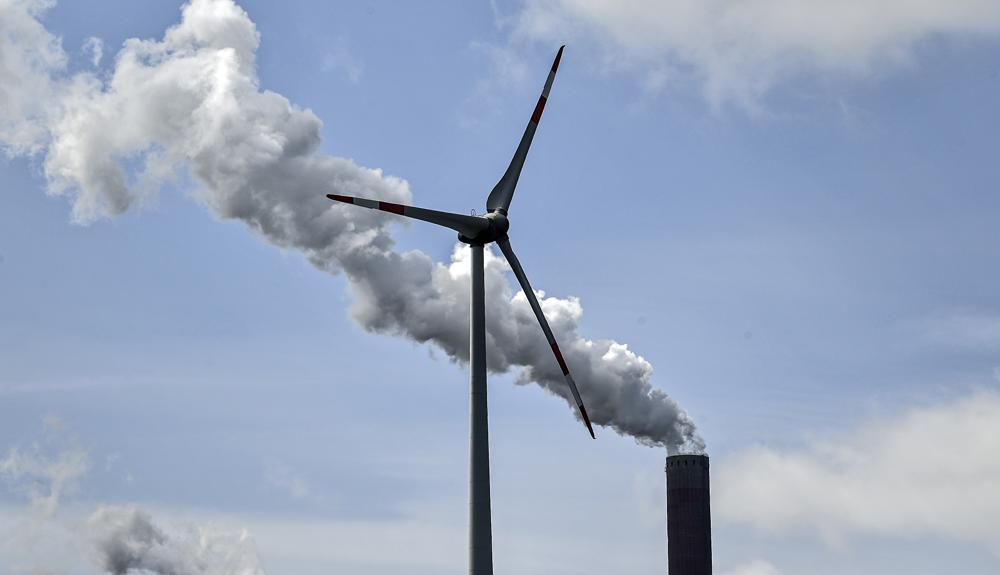 A chimney of a coal-fired power plant smokes beside a wind turbine in Gelsenkirchen, Germany, Thursday, April 22, 2021. (Photo: AP)

"This is money well invested, because man-made climate change is the greatest challenge of our time," Minister of Finance Olaf Scholz said in a statement. The 2020s would be "the decade of transformations."

Germany seeks to become climate neutral by 2045, five years earlier than previously planned. The original target for greenhouse gas emission cuts by 2030 has been increased from 55 percent to 65 percent compared to 1990 levels.

In order to achieve the "ambitious climate targets," specific and comprehensive actions are necessary with a focus on short-term measures that "visibly and measurably reduce greenhouse gas emissions," the Federal Ministry of Finance (BMF) noted in a statement.

With 5.5 billion euros, the energy-efficient refurbishment of residential buildings and the climate-friendly new construction or refurbishment of social housing would be promoted until 2025, according to the BMF. At the same time, the minimum energy standards for new buildings would be raised.

Around 1.07 billion euros would be invested in the transport sector. The projects include new bicycle paths, digitalization of railways, new fast-charging stations for electric vehicles and climate-friendly shipping, according to the BMF.

In the past two years, the German government has already invested more than 80 billion euros as part of its climate protection and economic stimulus programs, the BMF said. The government has approved the new emergency program along with the draft of the 2022 federal budget. (1 euro = 1.19 U.S. dollars)