Germany on Saturday inaugurated its first liquefied natural gas (LNG) terminal, built in record time, as the country scrambles to adapt to life without Russian energy. 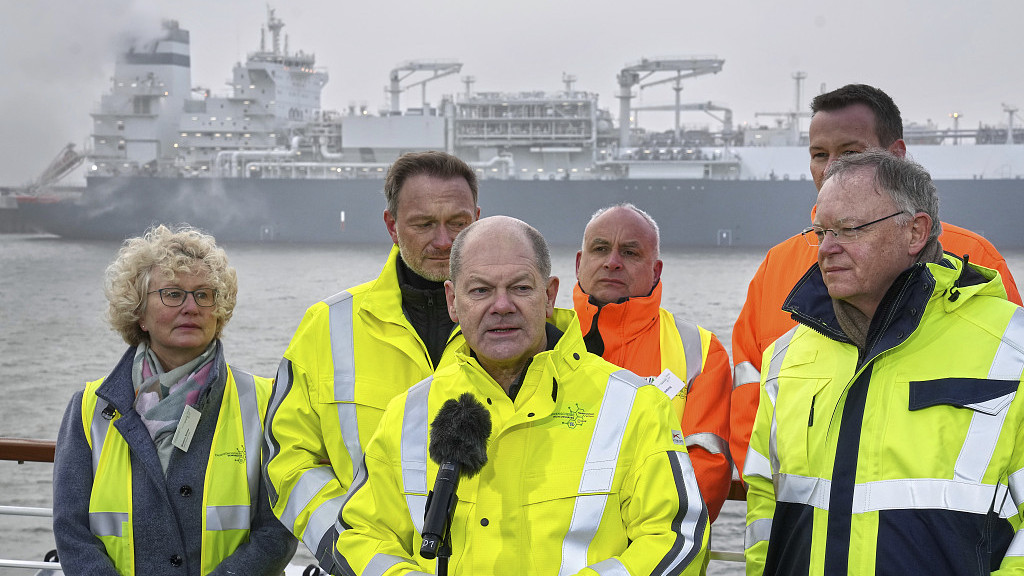 The rig in the North Sea port of Wilhelmshaven was opened by Chancellor Olaf Scholz at a ceremony on board a specialist vessel known as an FSRU and named the Hoegh Esperanza.

"It's a good day for our country and a sign to the whole world that the German economy will be able to remain strong," Scholz said from the boat.

The Hoegh Esperanza sounded its horn as the chancellor approached.

The ship has already been stocked with gas from Nigeria that could supply 50,000 homes for a year, and the terminal is set to begin deliveries on December 22.

Germany plans to open four more government-funded LNG terminals over the next few months as well as a private terminal in the port of Lubmin.

Together, the terminals could deliver 30 billion cubic meters of gas a year from next year, or a third of Germany's total gas needs – if Berlin can find enough LNG to service them.

LNG terminals allow for the import by sea of natural gas which has been chilled and turned into a liquid to make it easier to transport.

The FSRU stocks the LNG, then turns it back into a ready-to-use gas.

Until now, Germany had no LNG terminals and relied on cheap gas delivered through pipelines from Russia for 55 percent of its supply. 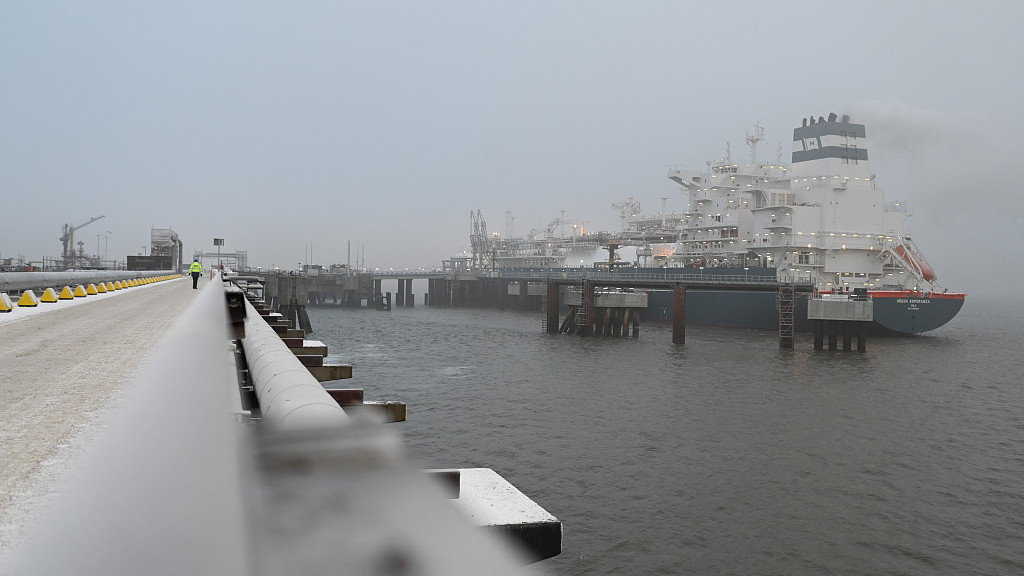 The Hoegh Esperanza docks at the new LNG terminal on its inauguration day in Wilhelmshaven, Germany, December 17, 2022. /CFP

Since the conflict between Russia and Ukraine began, gas supplies to Germany have been throttled and Berlin has been forced to rely on LNG processed by Belgian, French and Dutch ports, paying a premium for transport costs.

The government decided to invest in building its own LNG terminals as quickly as possible.

However, Germany has not yet signed a single major long-term contract to begin filling the terminals from January.

"The import capacity is there. But what worries me are the deliveries," Johan Lilliestam, a researcher at the University of Potsdam, told AFP.

A contract has been signed with Qatar for LNG to supply the Wilhelmshaven terminal but deliveries are not set to begin until 2026.

Suppliers want long-term contracts, while the German government is not keen to be locked into multi-year gas deals as it wants the country to become climate-neutral by 2045.