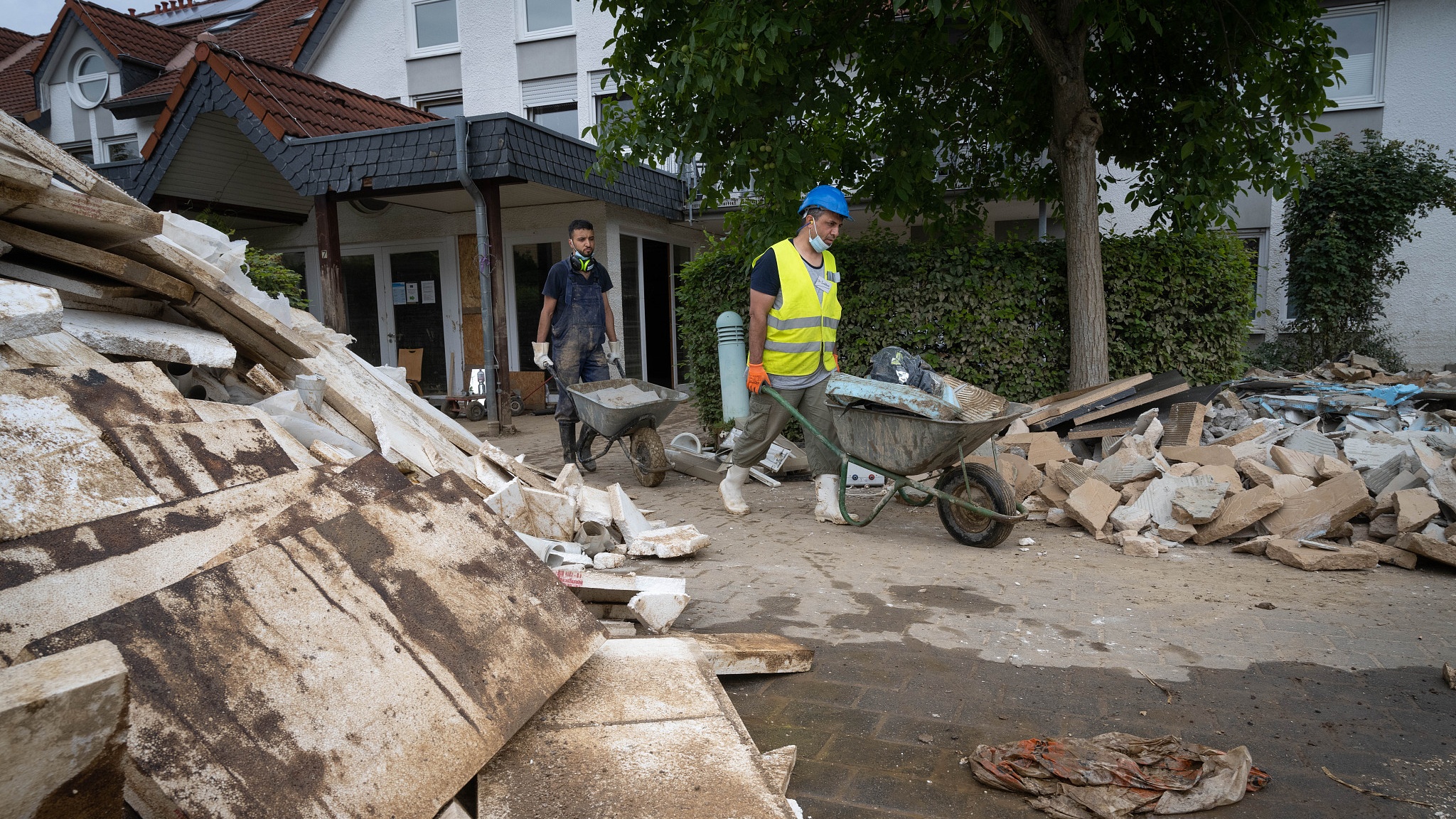 A volunteer of the Syrian refugee volunteer group 'Syrische Freiwilliger Hilfer' clears away debris from damaged buildings caused by the recent flooding in western Germany in Sinzig, Germany. (Photo: VCG)

The €30 billion is a significant increase from the figure of €10 billion sum that local publication Der Spiegel reported was in the talks last week.

Laschet told members of the state's parliament that at least €13 billion would be needed in his state alone.

According to Laschet, the cost of recovery in neighbouring state of Rhineland-Palatinate, which bore the brunt of Germany's deadliest floods in six decades, "will reach a similar, perhaps even higher sum."

More than 180 people are known to have died in July's catastrophe, with 60 other people still missing after the two days during which Germany suffered its worst flooding for many decades.

Entire towns and villages were devastated, with bridges, roads, railways and swathes of housing destroyed. The floods also reportedly left Germany with waste piles equivalent to a whole year's worth of refuse.

Two officials are under investigation for suspected negligent homicide over slow evacuations during the floods.

The floods shook up German politics ahead of September's national election, raising uncomfortable questions about why Europe's largest economy was caught flat-footed and how to prepare for the impact of global warming.