Germany and the European Union have criticized White House sanctions against companies involved in building a Russian natural gas pipeline to Germany, accusing President Trump of interfering in national and bloc sovereignty. 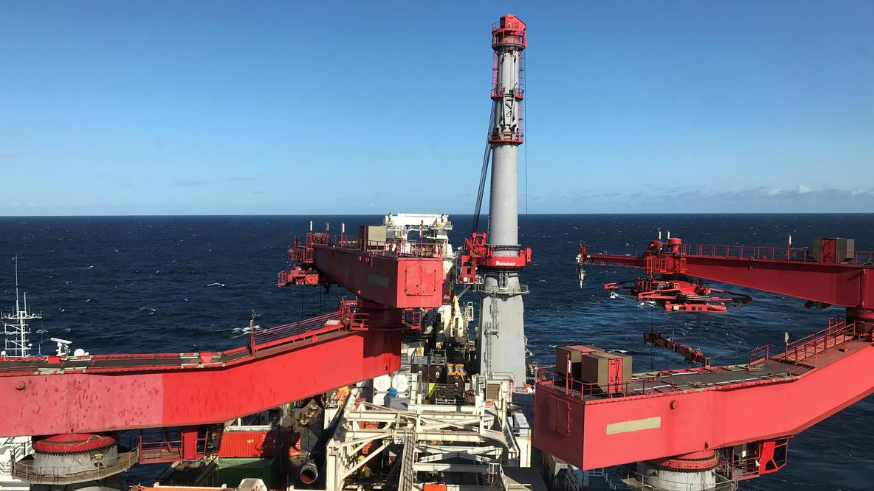 Russia's Foreign Ministry also said in a statement on Saturday that Moscow "will continue to implement its economic projects regardless of anyone's sanctions."

On Saturday, the group behind the pipeline said it would aim to complete the project quickly in an effort to minimize the damage of U.S. sanctions.

"Completing the project is essential for European supply security. We, together with the companies supporting the project, will work on finishing the pipeline as soon as possible," Nord Stream 2 said in a statement.

While an EU spokesman criticized "the imposition of sanctions against EU companies conducting legitimate business," the German government said Berlin rejected "these sorts of extraterritorial sanctions."

"They will hit German and European companies and constitute an interference in our internal affairs," said Chancellor Angela Merkel's spokeswoman Ulrike Demmer.

Russian Foreign Ministry spokeswoman Maria Zakharova slammed the United States, accusing it of seeking to prevent other countries from developing their economies.

"A state with $22 trillion in public debt is banning solvent countries from developing their economies," Zakharova wrote on her Facebook page.

"The American ideology does not like global competition. Soon they'll be asking us to stop breathing."

Washington, which has been seeking to sell more of its own liquefied natural gas (LNG) to European states, has said Nord Stream 2 will make Europe too reliant on Russian supplies.

The Nord Stream 2 pipeline, which will run along the Baltic Sea floor, was expected to start up in the first half of 2020.

The sanctions target companies involved in constructing the 11-billion-U.S.-dollar energy project, which will transport Russian gas under the Baltic Sea and deliver it directly to Germany.

The Trump administration now has 60 days to identify companies and individuals providing services for the pipeline. The sanctions allow Washington to revoke U.S. visas and block the property of these individuals. Those targeted by the sanctions would then have 30 days to wind down their operations.

The company said it would "proceed, consistent with the legislation's wind down provision" and said it expected guidance on the regulatory, technical and environmental issues from the U.S. authority.