Health Minister Jens Spahn said Friday that Germany would have to wait until "mid-to-late April" for the newly approved Johnson & Johnson coronavirus vaccine, adding that the EU is querying the company over the delays. 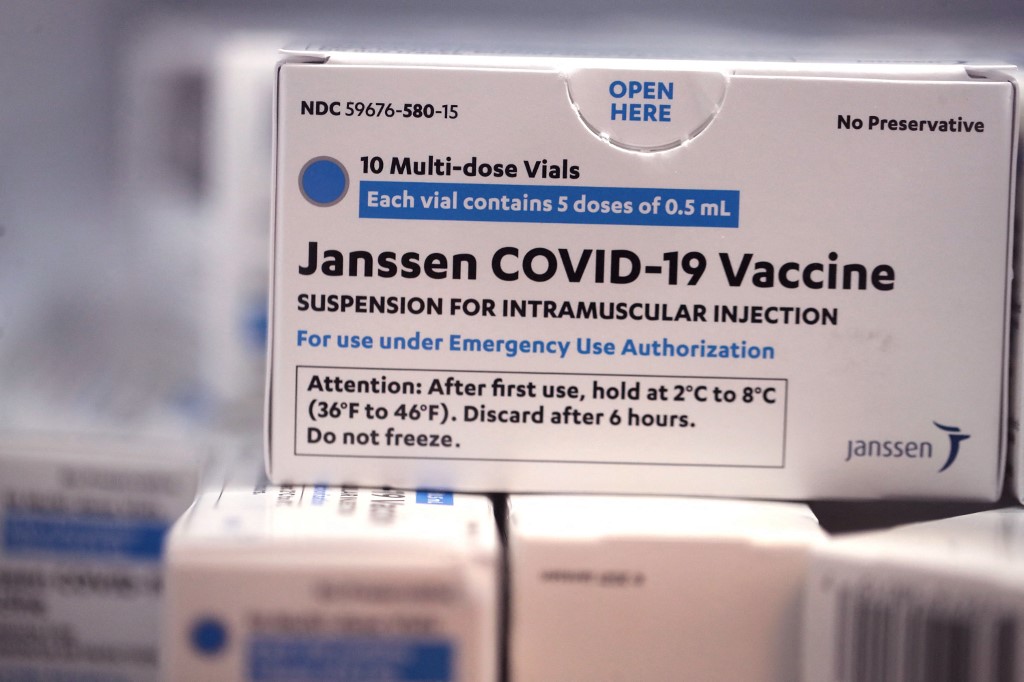 In this photo taken on March 9, 2021 Johnson & Johnson's Janssen Covid-19 Vaccine is stored for use with United Airlines employees at United's onsite clinic at O'Hare International Airport in Chicago, Illinois. (File photo: AFP)

Johnson & Johnson's single-dose Covid vaccine on Thursday became the fourth jab to be authorised for use in the European Union.

Yet Spahn warned that Germany would have to wait at least another month to receive the first doses from the US firm, as Berlin cited production issues and US reluctance to export vaccines.

"It's a pain with Johnson & Johnson. We have a European authorisation, but the deliveries will only be there from mid-to-late April at the earliest," said the minister at a weekly press conference in Berlin.

He added that the European Commission was in talks with the company over the problem.

"We made an advance payment of 300 million euros for production and signed a contract in October, so we of course have to ask what has happened," he said.

He said that Germany and the EU were now working on "short-term solutions" to the problem such as setting up production facilities in Germany.

While Johnson & Johnson's vaccine production actually begins in Europe, the doses are subsequently sent to the US for the so-called "fill and finish" process of bottling and packaging.

Speaking about the issue later Friday, Angela Merkel's spokesman Steffen Seibert raised US reluctance to export doses as another problem for Europe's supply.

While European-produced vaccines were benefitting countries around the world, other countries like the US and UK were exporting "almost nothing", he said.

"This is also something that the European Commission will discuss... with the companies and the governments of other countries," he added.

The EU has been struggling with a disappointing vaccination rollout that started in January and faltered because of a shortage of doses produced by the three suppliers so far.

On Friday, Spahn said that while Germany expected to receive nine million doses from Pfizer/BioNTech in April, other producers had been less reliable.

"With AstraZeneca and Moderna, the planning periods and the question of whether there will be adjustments is a little more volatile, which has to do with production processes," he said.

"It all depends on whether and to what extent producers are able to keep to their delivery commitments."

Problems with supplies have contributed to a stuttering inoculation rollout that has left EU nations trailing behind the likes of the United States, Britain and Israel.

Nevertheless, the head of the EU's vaccine supply task force, Thierry Breton, said on Tuesday that the EU's "bumpy" vaccine strategy should be augmented by the addition of the Johnson & Johnson jab, despite reports of production shortfalls in the US.

"Do not believe that because one company has a problem that overall it will jeopardise the whole programme," he said.