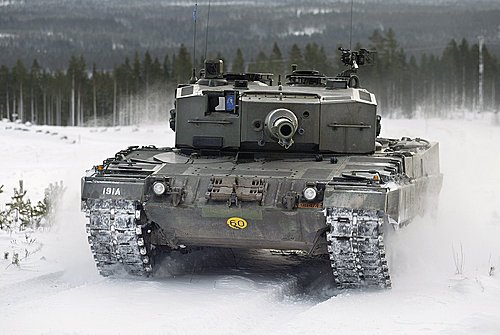 The tentative thaw in relations followed the release of a number of Germans jailed in Turkey, and a meeting between German Foreign Minister Sigmar Gabriel and his Turkish counterpart Mevlut Cavusoglu in Germany earlier this month.

After the meeting Gabriel instructed his office to put Turkey’s request for the tank upgrades on the agenda and “to look favourably” at it, Spiegel said.

The German foreign ministry did not respond to requests for comment on the potential arms sales to Turkey.

Gabriel told reporters after his meeting with Cavusoglu that major arms sales to Turkey would remain off limits until Yucel’s case had been resolved, but signaled at the time that Berlin would review Ankara’s request to add protective gear to its existing tanks.

Turkey wants to add gear to reinforce the tanks against improvised explosive devices and mines, and is also seeking a sensor system that would protect the vehicles against anti-tank projectiles.

Spiegel said the likely approval of the tank upgrades was viewed by diplomats as “a concession toward solving the crisis with Turkey and a step toward securing the release of the Die Welt journalist Yucel”.