BERLIN, June 1 (Xinhua) -- The COVID-19 risk level in Germany was lowered from "very high" to "high" by the country's federal government agency for disease control and prevention, the Robert Koch Institute (RKI), on Tuesday. 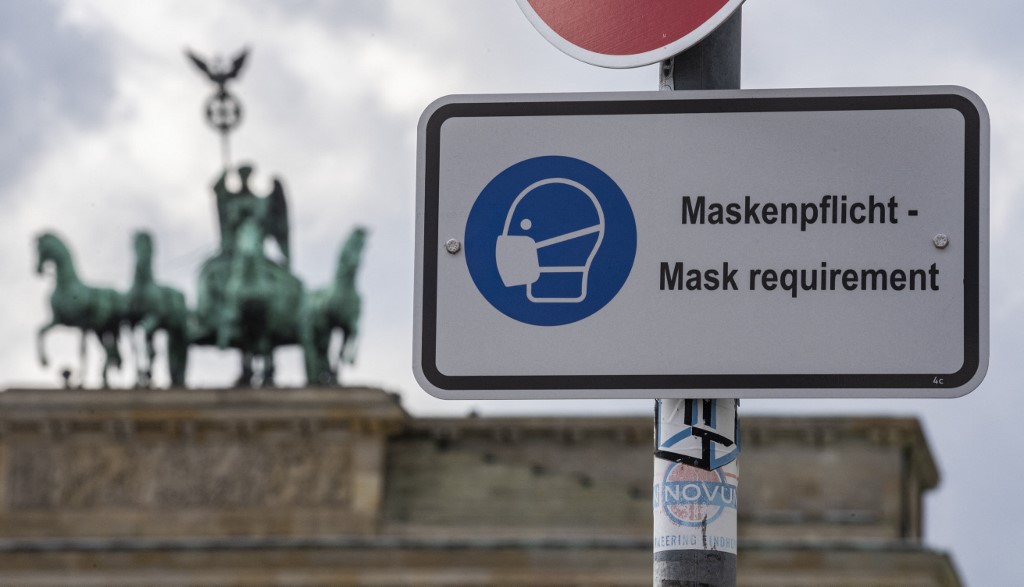 A street sign indicating that the use of face masks is mandatory, hangs near the Bandenburg Gate in Berlin on March 12, 2021. (Photo: AFP)

"The situation is improving, it is clearly improving, but we are still in the middle of this pandemic," said Minister of Health Jens Spahn during a press conference on Tuesday. The risk level had been raised to "very high" in December last year.

In view of the pandemic development in Germany such as lower incidence rates, a declining number of new COVID-19 infections and the easing of the situation in intensive care units, the downgrading to "high" was now possible, according to Spahn.

Single-day COVID-19 infections remained slightly below the previous week's level as 1,785 cases were registered in Germany on Tuesday, according to the RKI. At the peak of the third wave, more than 30,000 daily infections were reported.

The incidence rate of reported COVID-19 cases in the past seven days per 100,000 citizens stood at around 35 on Tuesday, according to the RKI. Last week, the seven-day incidence was at 58.

Further easing of restrictions would have to be done "in a controlled and responsible manner," said Lothar Wieler, president of the RKI, during the press conference. In Germany, millions of people were still not vaccinated, "so they are not yet protected against infection."

Although 18 percent of the population in Germany were fully vaccinated, at least 80 percent would have to be immunized before health measures could be largely dropped, according to Wieler.

To date, more than 3.68 million COVID-19 infections have been officially registered in Germany since the outbreak of the pandemic. The death toll climbed to 88,595 on Tuesday, according to the RKI.