Europe's largest plastic producer has taken a big step towards cutting down its plastic use after passing a ban on all plastic bags from 2022.

Germany's single-use plastic bag ban at malls, stores and supermarkets, was announced late last month by the government in an attempt to reduce plastic pollution and meet its EU goal.

The government has also since announced an additional ban on all plastic bags from the beginning of 2022.

Late last month German lawmakers voted in favour of a complete ban. The decision comes as the European Union has set a goal to reduce plastic bag pollution by 80 percent by 2025.

The decision means retailers have less than 12 months to reduce their remaining plastic bag stocks – something that could be challenging for smaller shops.

Small shop owner Kostas Kallias has called for the government to have a rethink: "The problem for me is that a 12-month period is not good enough because we have a lot in stock," he said. "So the government has to find a solution or to give us the money back or to give us a little bit more time to send them away."

Approximately 100 billion plastic bags are used in the EU every year, with two billion of them in Germany. Plastic bags cause serious problems for the environment, mainly in the seas and oceans.

But there are critics of the ban who say the focus is wrong, including Germany's marine conservation department at the World Wide Fund for Nature (WWF).

"If you have a look at the production of plastics in Germany, only less than one percent is the amount of plastic which is used for single-use plastic bags," said the department's senior advisor, Bernhaud Bauske. "That's one topic which is very important – the problem is elsewhere.

"Of course it's right to ban the plastic bag, but I think it's a good initiative in countries where the waste management system is not so well developed, so that a lot of plastic is entering the environment because it's not collected. In comparison, in Germany, most of the waste is collected and treated." 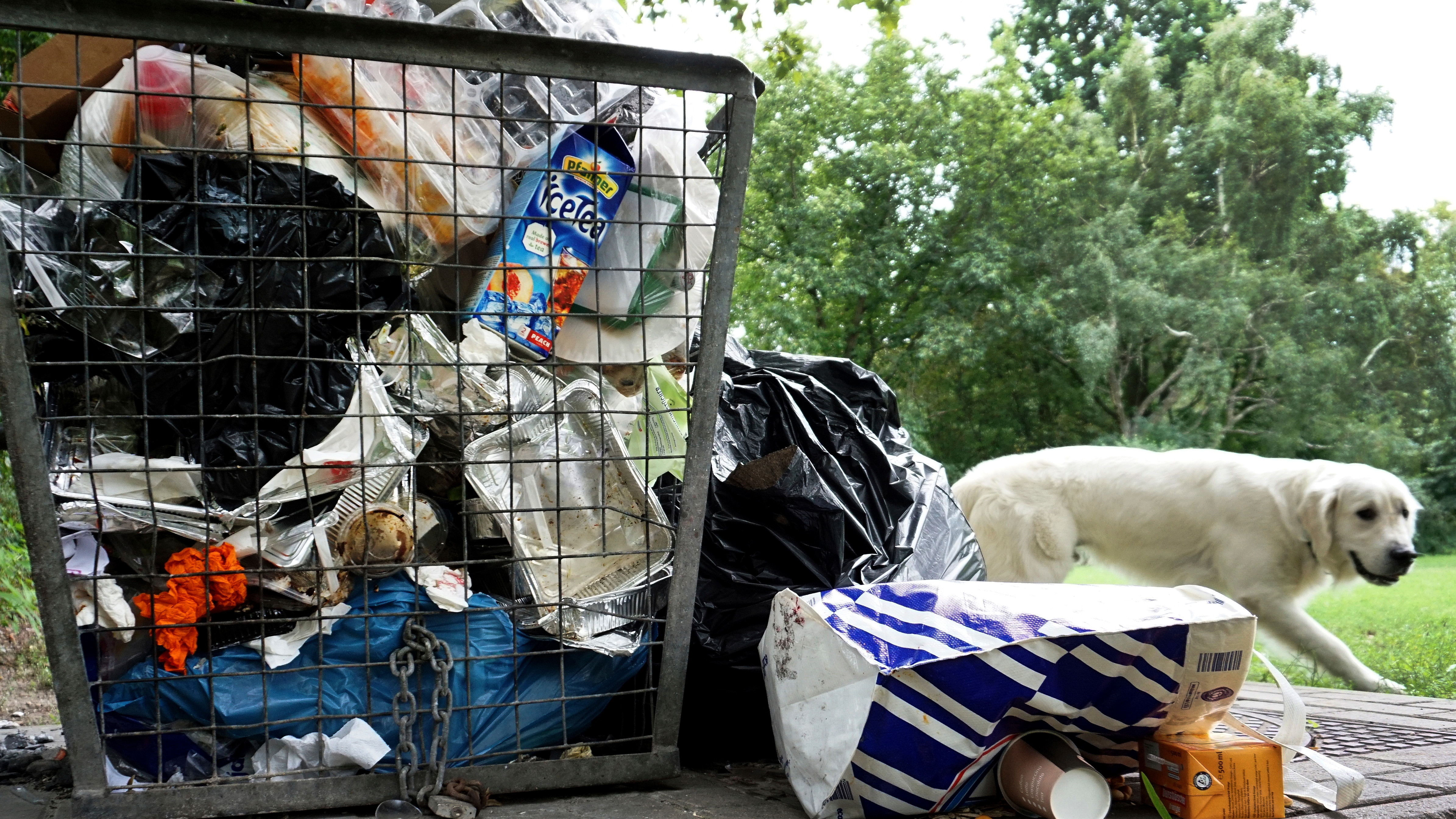 Germany's government has announced a complete ban on all plastic bags from the start of 2022. (Photo: AP)

Germany is already a long way behind countries like Austria, France and Italy – all of which have already implemented full bans.

Currently a voluntary charge scheme for using a plastic bag has reduced numbers but the country's environment ministry says it's not enough.

"We need to get to zero more quickly," said ministry spokesperson Christopher Stolzenberg. "We're just banning the last 20 percent that haven't been phased out by the voluntary agreement."

With just over a year to go until the full ban, businesses and their customers will start noticing the changes next month and begin to make the world a little bit better than it was.