WORLD Germany must stop relying on US for foreign policy: foreign minister

Germany must stop relying on US for foreign policy: foreign minister 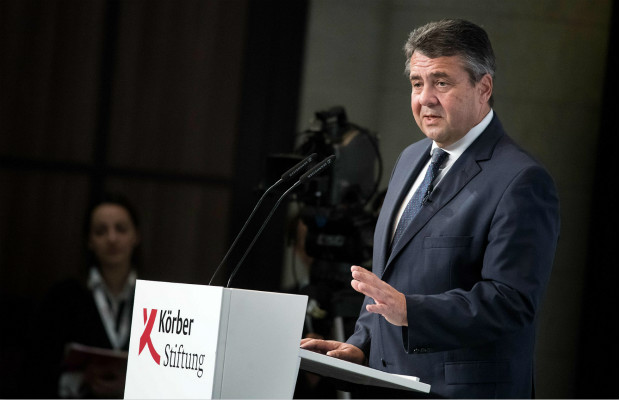 Germany should be more assertive in setting foreign policy according to its own interests rather than to those of the United States, the German foreign minister said on Tuesday.

Trump is at odds with Germany over Iran and North Korea, has denounced Germany’s trade surplus with the United States, accused Berlin and others of owing vast sums to NATO and worried partners by deciding to ditch the Paris climate accord.

The traditional view of the United States as having a protecting role was beginning to “crumble”, Sigmar Gabriel told an audience of politicians and government representatives at the Koerber Foundation.

“The U.S.’s retreat (from its international role) is not due to the policies of only one president. It will not change fundamentally after the next elections,” he said.

Germany should continue to invest in its partnership with the United States as a trading partner but must be more assertive in representing its own interests when the two countries are at odds.

Gabriel gave the example of sanctions against Russia that the U.S. Congress agreed on in the summer and which could ultimately affect Germany’s energy supply as they affect Russian pipelines.

Gabriel also warned against ending the nuclear deal with Iran, saying this would increase the risk of war and affect national security, and against any move by the United Stales to recognize Jerusalem as the capital of Israel.

“Germany cannot afford to wait for decisions from Washington, or to merely react to them. We must lay out our own position and make clear to our allies where the limits of our solidarity are reached,” Gabriel said in the speech, excerpts of which had been published by Sueddeutsche Zeitung ahead of time.

Post-war Germany has pursued a cautious foreign policy embedded in the principles and institutions of the European Union, due to the legacy of World War Two but has gradually taken on a more active global role in the last decade or so.

Gabriel’s Social Democrats (SPD) have said they will launch talks with Chancellor Angela Merkel’s conservatives on forming a government next week if members of his center-left party gave him the green light at a congress this weekend.