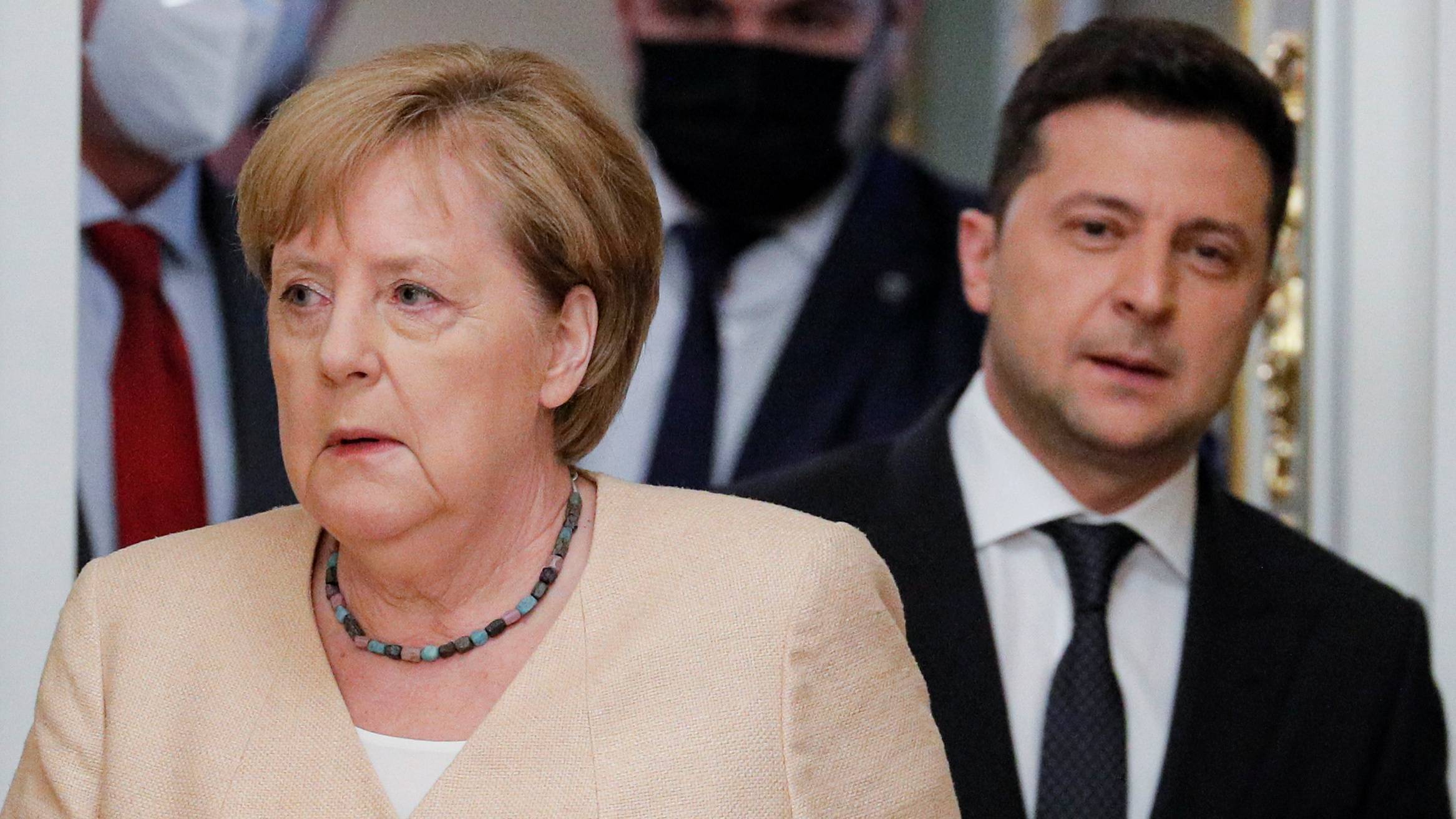 In her last meeting with Ukraine's president as Chancellor, she attempted to reassure Zelensky that she would continue to help bring about a resolution to the conflict in the disputed Donbas region before she steps down in September.

At a meeting with Russia's President Vladimir Putin on Friday, she admitted progress by the four "Normandy Format" countries had been insufficient to produce the desired outcomes in Ukraine, despite all parties agreeing to the Minsk agreement, which outlines how the fighting should be resolved.