Germany on Wednesday ordered a new round of shutdowns for the cultural, leisure as well as food and drink sectors, in a bid to halt a surge in new coronavirus infections. 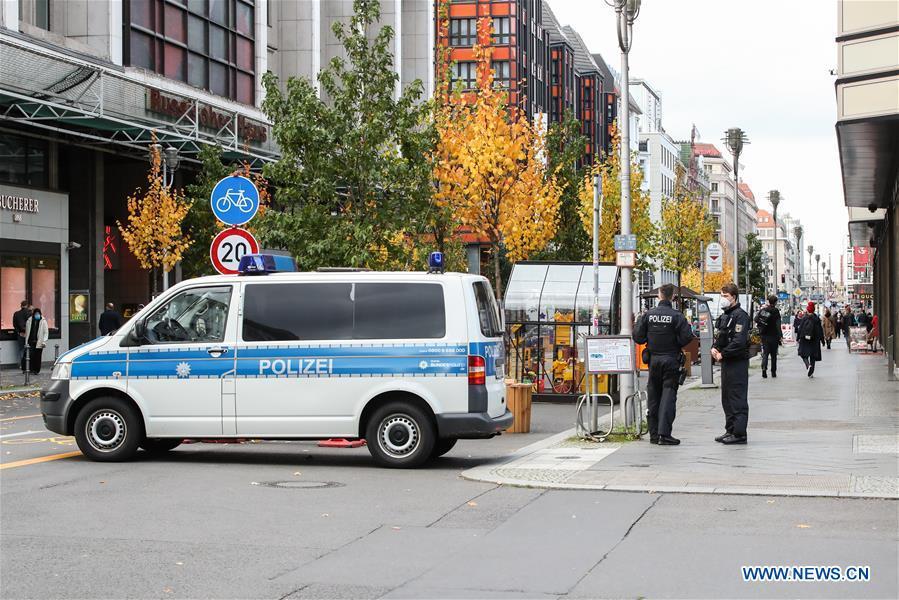 The tough restrictions, which will kick in from Monday and last to the end of November, will also limit the number of people gathering to a maximum of 10 individuals from two households.

Citizens are asked to avoid all unnecessary travel, with overnight stays to be open only for "non-tourism purposes", said Chancellor Angela Merkel after talks with regional leaders of Germany's 16 states.

Restaurants, cafes and bars will be closed along with theatres and cinemas.

Swimming pools, gyms and other sporting facilities will also be shut and professional sports ordered behind closed doors.

Schools and shops will however be allowed to stay open, said the German leader.

To cushion the economic blow, Germany will offer up to 10 billion euros ($12 billion) in aid to sectors hit by the latest measures.

Merkel acknowledged that the measures were "strict" and "arduous" but she noted that at the current rate of new infections, "we will reach the limits of the health system".

The number of new cases has doubled from a week earlier, while the number of people in intensive care has also doubled in the last 10 days, she noted.

"The curve must be flattened again... so that contact tracing can be once again carried out," Merkel said, adding that in three out of four new cases officials are unable to determine where the transmission occurred.

Germany had coped relatively well with the first coronavirus wave earlier this year, but numbers have soared in recent weeks.

The tally of new daily cases now regularly crosses the 10,000 mark, and hit a new 24-hour record of 14,964 on Wednesday, according to data from the Robert Koch Institute (RKI) for disease control.