Germany orders partial lockdown to curb 'out of control' virus 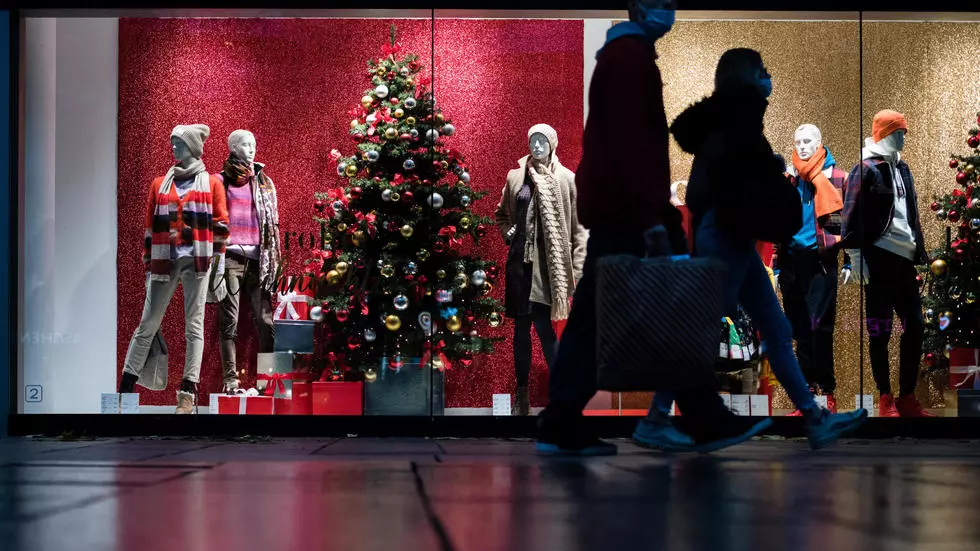 Germany has imposed far less stringent shutdown rules than other major European nations after coming through the first wave of the pandemic relatively unscathed (Photo: AFP)

Germany will go into a partial lockdown from Wednesday with non-essential shops and schools to close in a bid to halt an "exponential growth" in coronavirus infections.

The partial lockdown will apply until January 10, with companies also urged to allow employees to work from home or offer extended company holidays, under the new measures agreed by Chancellor Angela Merkel with regional leaders of Germany's 16 states on Sunday.

"That would help to implement the principle 'we're staying at home'," according to the policy paper agreed by Merkel and state premiers.

Germans are urged to limit their social contacts to another household, with a maximum of five people excluding children under 14 meeting at each time.

From Christmas Eve to Boxing Day, the contacts would be eased to allow gatherings with another four people excluding children, but who should be limited to close relatives or partners.

The measures had helped to halt rapid growth of infections after the autumn school holidays, but numbers had plateaued at a high rate.

Merkel had repeatedly pushed for tougher curbs to break the chain of contagion, but implementation of the rules is in the hands of individual states and some had been reluctant to impose more curbs.

The mood however tipped over in the last week after Germany recorded new daily death tolls reaching close to 600 and as the country's disease control agency RKI reported that the infections trend has taken a worrying turn.

"Today is not the day to look back or to see what could have been, rather, today is the day to do what is necessary," said Merkel, pointing to "very high numbers of deaths" and stressing the urgent need for action.

"The corona situation is out of control," said Bavarian state premier Markus Soeder, welcoming the tougher restrictions which he pledged to implement in his state.

Germany has imposed far less stringent shutdown rules than other major European nations after coming through the first wave of the pandemic relatively unscathed.

But Europe's biggest economy has been severely hit by a second wave with daily new infections more than three times that of the peak in the spring.

Germany recorded another 20,200 new Covid cases over the past 24 hours, reaching a total of 1,320,716 cases, according to RKI data published Sunday.

Another 321 patients died from the disease from a day earlier, bringing the total death toll to 21,787.

"With increasing mobility and the therefore linked additional contacts in the pre-Christmas period, Germany is now in exponential growth of infections numbers," said the policy paper agreed by regional leaders and Merkel.

While hospitals in some regions are warning that their intensive care units are reaching capacity, huge queues of shoppers were building downtown ahead of the festive period.

The chancellor had also voiced consternation at growing groups of people gathering for drinks at mulled wine stands set up by restaurants as a substitute of the popular Christmas market fare.

From Wednesday too, alcohol sales would be banned in public places, essentially outlawing such mulled wine stands.

In a hard-hitting speech before the Bundestag on Wednesday, Merkel had issued a stark warning to Germans ahead of the Christmas holiday season when families are expected to gather.

"If we have too many contacts before Christmas and it ends up being the last Christmas with the grandparents, then we'd really have failed," she said.

Ahead of the talks, Germany's hardest hit states have already ordered new measures.

Saxony state, where in some areas incidence rates have hit 500 per 100,000, will shutter shops and schools already from Monday.

A curfew will also kick in from 10pm to 6am.