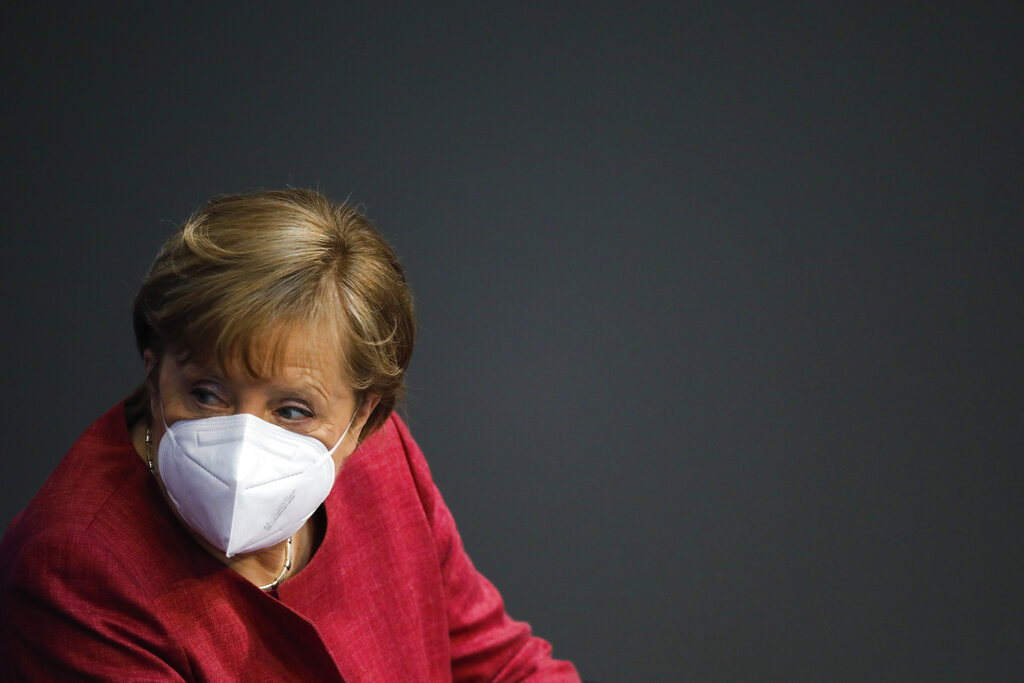 German Chancellor Angela Merkel said Sunday her government was preparing emergency aid for India as the country struggles to cope with an explosion in coronavirus infections.

"To the people of India I want to express my sympathy on the terrible suffering that COVID-19 has again brought over your communities," Merkel said in a message shared on Twitter by her spokesman Steffen Seibert.

"The fight against the pandemic is our common fight. Germany stands in solidarity with India and is urgently preparing a mission of support."

There were no immediate details about the kind of aid Germany would offer. But Der Spiegel weekly, citing unnamed sources, on Saturday said Germany's armed forces had received a request to help organise oxygen supplies.

Germany will from Monday impose new travel restrictions on passengers coming from India in a bid to curb in the spread of the new variant.

Wealthy Germany, with a world-class health system, has repeatedly helped other countries in need of medical assistance during the pandemic.

It has taken in COVID-19 patients from across Europe and sent medical staff and ventilators abroad, including to Portugal in February.

Germany is currently itself grappling with a third wave of the pandemic that has brought intensive care units close to capacity.

Tough new nationwide restrictions came into effect at the weekend, including sweeping shutdowns and school closures for German regions with high incidence rates.