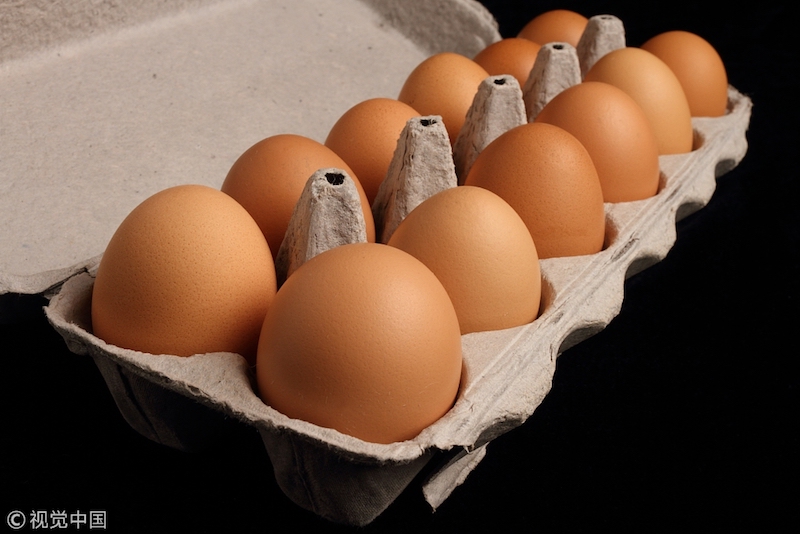 Berlin (People’s Daily)- Germany has again detected unsafe levels of an insecticide in eggs imported from the Netherlands.

Almost one year ago, a scandal involving the same insecticide, fipronil, rocked Europe.

According to the Lower Saxony State Office for Food Safety and Consumer Protection (LAVES), the observed fipronil contents in the samples of eggs were between 0.007 and 0.019 mg/kg.

The maximum permitted content according to EU standards is 0.005 mg/kg.

Fipronil is an insecticide for the control of fleas, ticks, cockroaches, aphids, ants and other pests. At one time, fipronil was popular all over the world and was allowed in many countries, until it was discovered to have an impact on livestock and poultry around crops. Now it has been labelled by the World Health Organization as having “moderate toxicity to humans.”

The eggs contaminated with fipronil from the Netherlands were sold in German shops in six states, the Lower Saxony Ministry of Agriculture told the Deutschen Presse-Agentur. Around 73,000 eggs were sold in Lower Saxony, Baden-Württemberg, Hesse, Bavaria, Schleswig-Holstein and North Rhine-Westphalia. Those eggs have been recalled.

A total of about 97,200 eggs were delivered from the Netherlands from May 17 to June 4 to a packing center in the district of Vechta in Lower Saxony. Some of the eggs were already on the market. According to Westdeutscher Rundfunk (WDR) on Tuesday, the authorities have published the batch number of the contaminated eggs. It is 0 NL 4031002.

The authorities said there is currently no health risk for consumers. It is still unclear which supermarkets are affected.

WDR Netherlands describes the fipronil-contaminated eggs as "late effects" of last year’s scandal. At that time, Dutch poultry farmers had cleaned their chicken coops with a detergent containing the insecticide. The fipronil eggs were transported to and sold to 16 European countries.

This time, the Dutch Food Authority said Tuesday that the insecticide has been no longer used. It is possible that the current pollution comes from residues in the soil, but that still needs to be proved.