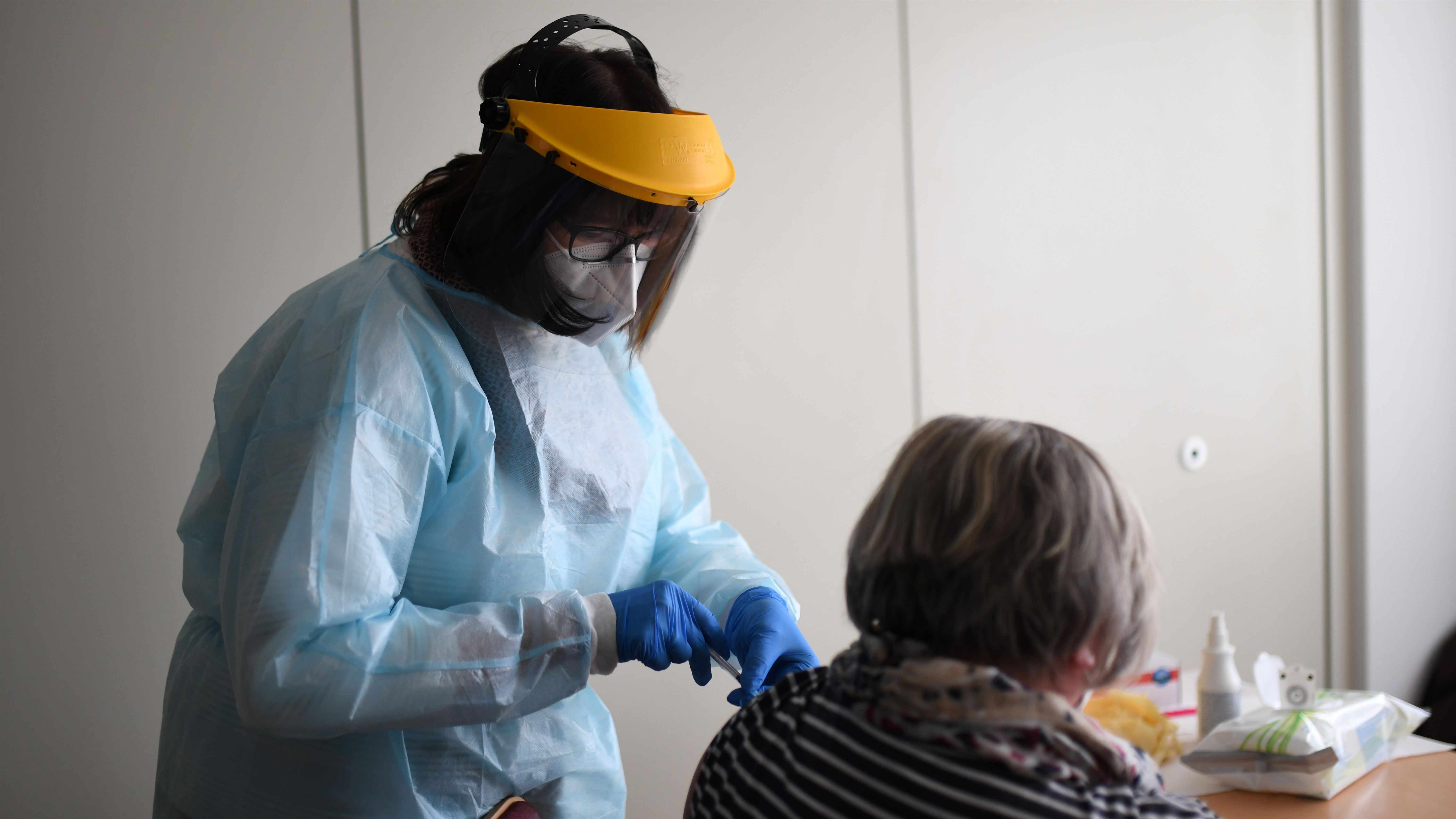 The German health ministry has said there is insufficient data available on the vaccine efficacy for the elderly. (Photo: AFP)

AstraZeneca's COVID-19 vaccine should only be given to people aged 18 to 64, Germany's vaccine advisory committee has recommended, claiming there are insufficient data to judge its effectiveness for older people.

It comes a day before the European Medicines Agency is expected to approve the AstraZeneca vaccine for use in the 27-nation European Union on Friday. It would be the third cleared for use in the EU after the BioNTech-Pfizer and Moderna vaccines.

"There are currently insufficient data available to assess the vaccine efficacy from 65 years of age," the committee, also known as Stiko, said in a draft resolution made available by the German health ministry on Thursday.

"The AstraZeneca vaccine, unlike the mRNA vaccines, should only be offered to people aged 18-64 years at each stage."

Stiko's assessment was based on the same trial data published by medical journal The Lancet on December 8.

The EU approved a vaccine developed by Pfizer and its German partner BioNTech in late December and gave the green light to a shot made by Moderna in early January.

AstraZeneca, which has been embroiled in a public dispute with the EU about whether it will be meeting its commitments to supply the number of vaccine doses agreed, did not immediately respond to a request for comment.

The drugmaker has denied its COVID-19 vaccine is not very effective for people over 65, after German media reports said officials fear the vaccine may not be approved in the European Union for use in the elderly.

The German health ministry said of the 341 people vaccinated in the group aged 65 and over, only one became infected with the coronavirus, meaning the expert vaccine panel had not been able to derive a statistically significant statement.

AstraZeneca CEO Pascal Soriot said the company had less data than other drugmakers on the elderly because it started vaccinating older people later.

"But we have strong data showing very strong antibody production against the virus in the elderly, similar to what we see in younger people," he told Die Welt newspaper. 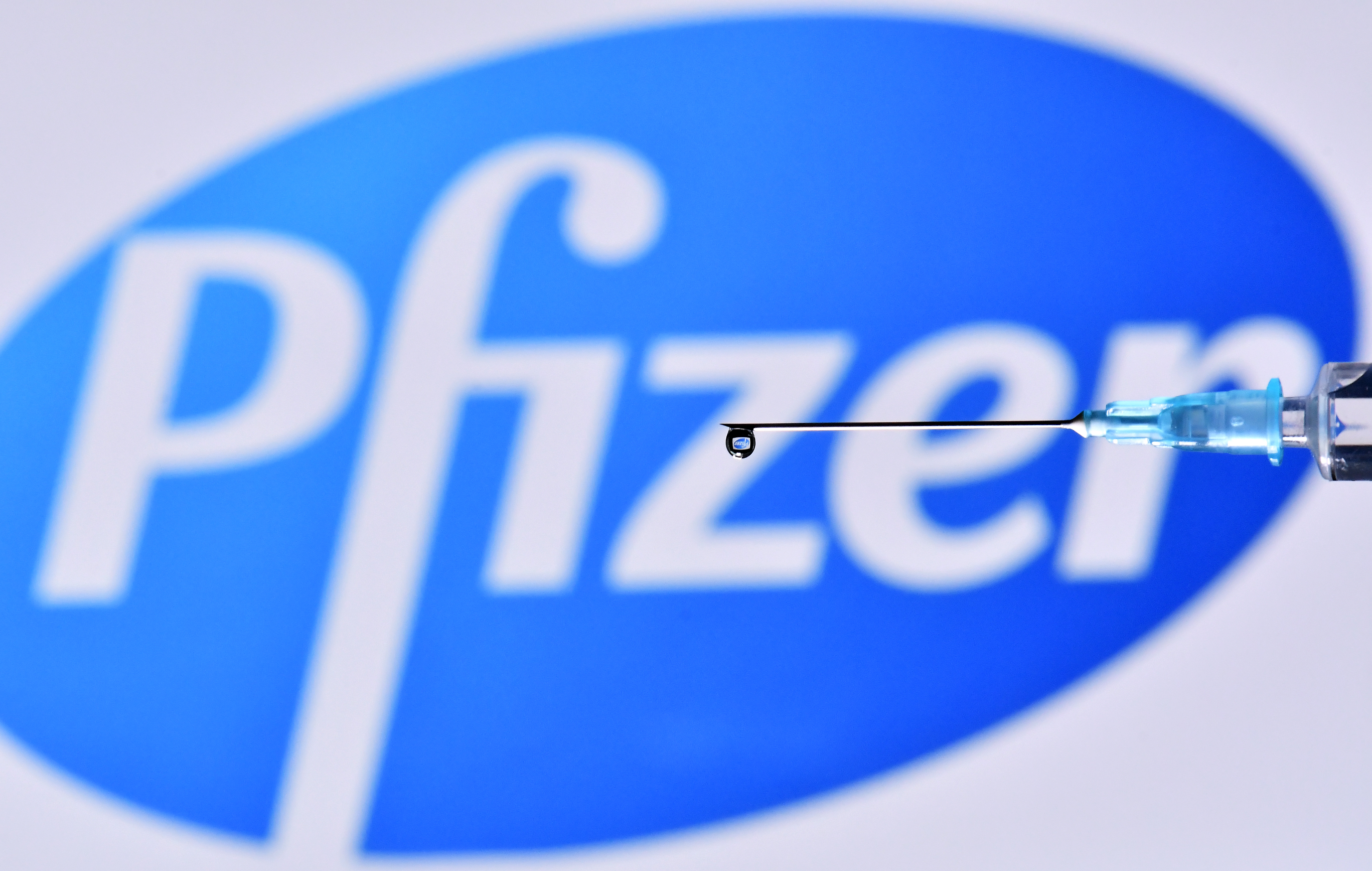 This file illustration photo taken on November 17, 2020 shows a drop from a syringe with the logo of US pharmaceutical company Pfizer. (Photo: AFP)

Germany is grappling with limited vaccine doses after Pfizer and AstraZeneca announced delays to deliveries in recent weeks, and Health Minister Jens Spahn warned the shortage would last well into April.

Spahn said there were younger age groups with existing conditions who were waiting to be vaccinated, adding the final recommendation on the use of the AstraZeneca shot would only come following EU approval.

As well as those aged over 80 and people living in senior citizens' homes, Germany is prioritizing front-line medical and care staff.

In late December, Britain became the first country to approve the coronavirus vaccine developed by Oxford University and AstraZeneca.

The government said it would not recommend one vaccine over another for different people, even though data on the AstraZeneca shot's efficacy in older people is currently limited.

It began rolling out the vaccine in January in a campaign that has targeted older people, with more than 7 million given their first dose. Britain has also been using the vaccine developed by Pfizer and BioNTech.