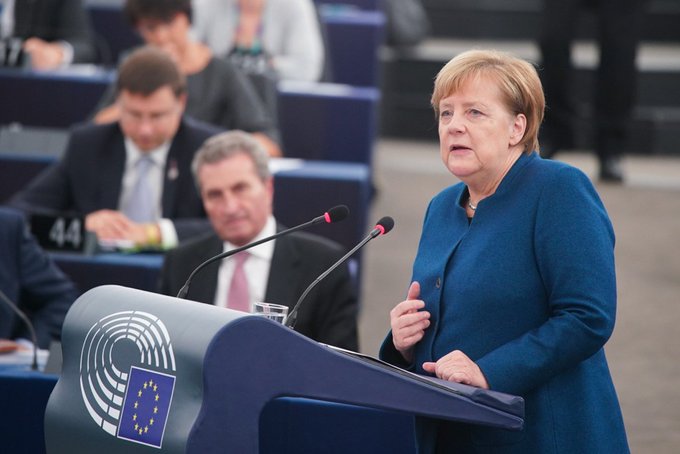 BERLIN, April 25 (Xinhua) -- Climate policy won't be left out of the European Union(EU)'s agenda even amid coronavirus pandemic, Chancellor Angela Merkel said in her weekly video podcast on Saturday.

Speaking of Germany's presidency of the Council of the EU starting July 1, Merkel said it "will be clearly dominated by the issue of combating the pandemic and its consequences."

But the climate issues will be "just as much on the agenda as health issues," she stressed.

"We are thinking about the future -- and that includes climate and environmental issues" along with Europe's economic recovery from the novel coronavirus outbreak, she said.

Merkel said Germany would promote an efficient European health care system for all member states, as well as a financial transaction tax, minimum tax rates and a joint carbon emissions trading system for ships and planes.

Merkel said her goal for Germany's EU presidency was to forge a closer Europe that "will be better equipped to face the 21st century than it is today."