Germany's Merkel floats tougher stance in trade row with US 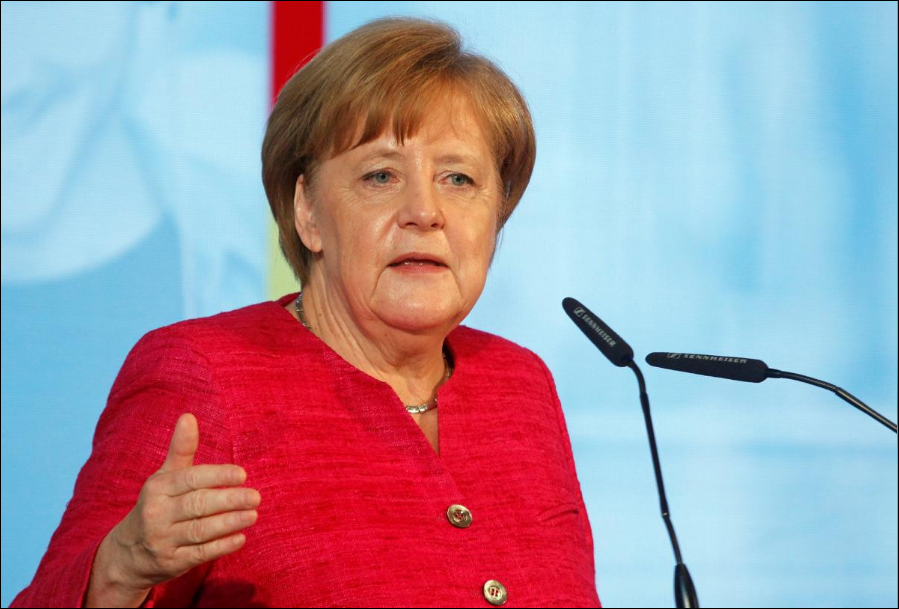 German Chancellor Angela Merkel hinted at a new front in the trade row with the United States on Friday, warning that Europe’s strategic interests rode on the future of Europe’s car industry and hinting at competition probes of US internet giants.

Just as US President Donald Trump had given national security as a reason for threatening punitive tariffs on German cars, “We should think about the strategic significance of the auto industry for the European Union so we can prepare an exchange with the US,” she said.

Trump has repeatedly criticised Europe, and Germany in particular, for running large trade surpluses over the United States, promising to put an end to what he saw as the continent free-riding on US prosperity.

Speaking at an event to mark 70 years of Germany’s “social market” economic model, she said the market dominance of giant US internet platforms also posed a challenge to Europe’s social model.

“The platform economy is a big problem,” she said. “It challenges both our competition authorities and the EU’s, and raises the question of whether they need to get involved in the matter of the big concentration of big platforms from the US”

Amid criticism of large digital companies, like Facebook (FB.O) and Google (GOOGL.O), the European Commission in March proposed taxing large corporations for their digital turnover - though finance ministers of the European Union’s three Nordic countries have urged their partners to shelve the plan.

Such companies are accused by some EU states of paying too little tax in Europe, exploiting an outdated system that has allowed them to shift profits to low-tax countries like Luxembourg or Ireland.

This week, Merkel pushed strongly against Trump’s view of the US-EU trade relationship, saying that, if the repatriated European profits of US internet giants were included, then the US ran a current account surplus.

But, despite hinting at retaliatory measures that might be in the offing if the United States kept its hard line on trade, she stressed that she would prefer to stick to a multilateral path.

“You could of course say that in time of disruptive change, completely different methods are needed,” she said. “But the outcome of this approach is so uncertain, and so much is at stake, that we have to at least attempt multilateral deals.”

Trump’s hardline stance on trade is major headache for German companies, which are heavily dependent on exports.

In addition to the EU-US trade dispute, they fear that a similar confrontation between the United States and China could be detrimental.

Trump on Friday announced hefty tariffs on $50 billion of Chinese imports and China threatened to retaliate in kind.

“The introduction of US tariffs on China affects German businesses too,” said Eric Schweitzer, president of the DIHK Chambers of Industry and Commerce. “German companies could get into trouble because of the trade dispute between the United States and China.”

Dieter Kempf, president of the BDI industry association, also said the trade conflict between the United States and China was hurting Germany, adding: “There’s a risk of a global spiral of protectionism.”

He said open trade was essential for German prosperity and employment given the nation’s reliance on exports, adding that around 9 percent of German exports had gone to the United States last year and around 7 percent to China.