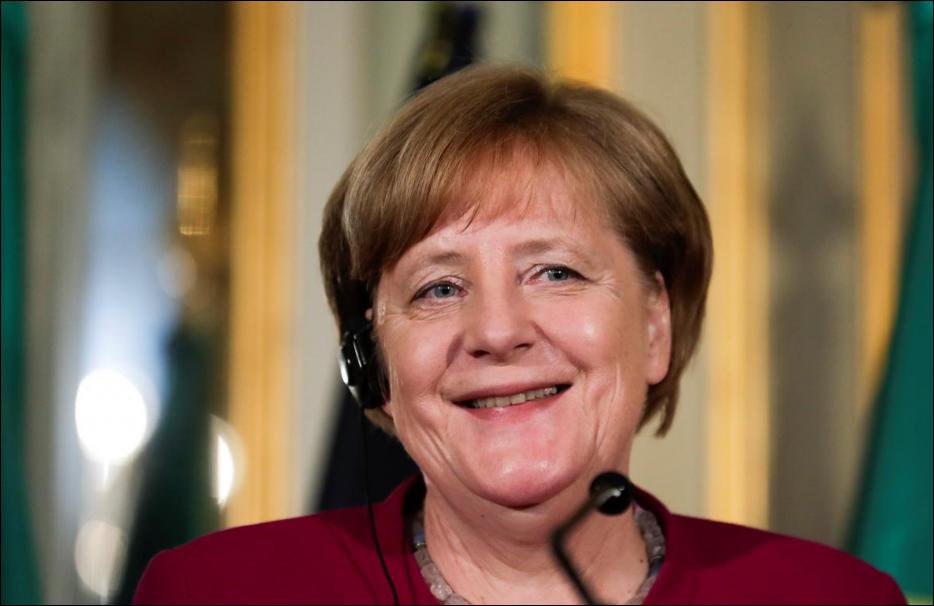 German Chancellor Angela Merkel said on Thursday she would communicate with a new Italian government in an “open-minded way” amid political turbulence in Rome that has stirred fears of another euro zone crisis.

She spoke in Lisbon after talks with Portuguese Prime Minister Antonio Costa, who urged swift action by Europe to prevent Italy’s ructions spreading elsewhere in the euro zone.

At the end of a two-day trip to Portugal, Merkel praised the country’s recovery from its 2011-14 debt crisis, saying there was now a “more optimistic situation” than when she last visited five years ago.

But Italy’s turbulence this week, as the anti-establishment Five-Star Movement and the far-right, anti-EU League party have tried to form a ruling coalition, has unnerved markets and prompted reminders of the euro zone crisis by pushing Portuguese and other southern European bond yields higher.

“Italy (illustrates that) when we react too late to the causes of crises, we generate undesirable phenomena like populism, extremism and nationalism,” Costa said, standing next to Merkel. “Europe needs to work quickly to avoid and prevent situations like this.”

On Wednesday Italian President Sergio Mattarella gave more time to the leaders of the far-right League and anti-establishment Five Star Movement to make another attempt at forming a government after months of crisis.

Global financial markets were more stable on Thursday after falling earlier this week on the specter of another Italian election dominated by debate over Italy’s future in the euro zone.

“Sadly (Italy) has shown that we are all indirectly hit when there is a specific problem in one of our countries,” Costa said.

Merkel said she would work with a new Italian government.

“In Italy we’re waiting for the government to form, I want to reach out to the new government in an open-minded way,” she said.

Portugal became a poster child for adopting harsh austerity during its bailout, which has resulted in strong economic growth and rising foreign investment, including from German companies.

Bosch ROBG.UL has invested more than 300 million euros in the last two years on a plant in the city of Braga, which Merkel visited on Wednesday.

Volkswagen is the biggest German company in Portugal, having invested around 3 billion euros over the past 20 years in its Autoeropa plant near Lisbon, including last year’s expansion worth 700 million to make the new T-Roc sport utility vehicle.