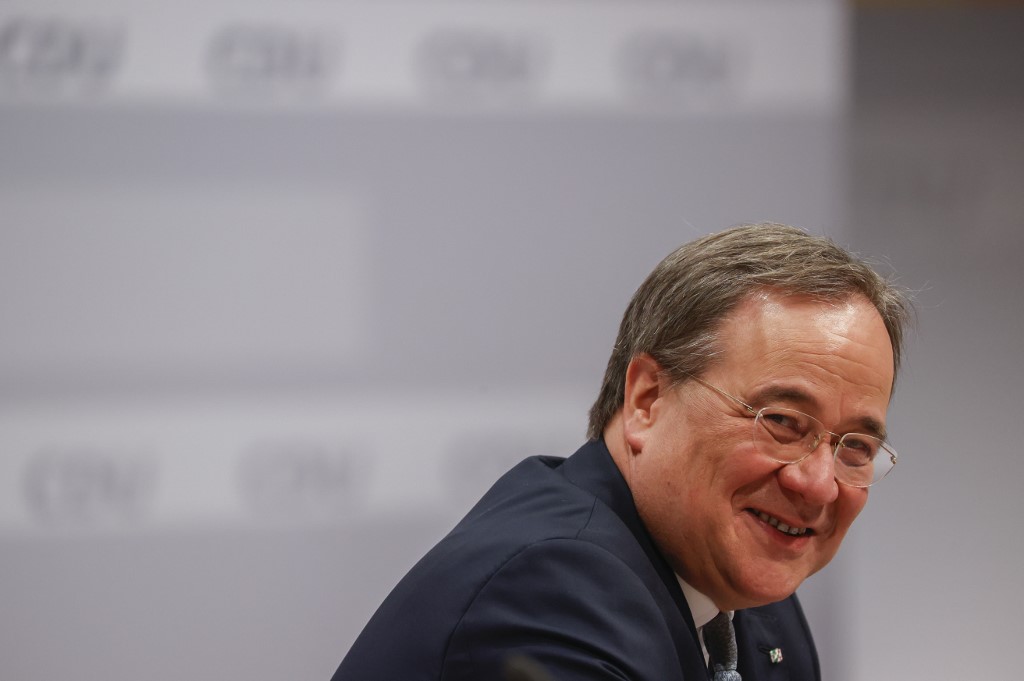 North Rhine-Westphalia's State Premier and new leader of the Christian Democratic Union (CDU) Armin Laschet sits on stage after his election on the second day of the party's 33rd congress held online because of the coronavirus pandemic, in Berlin on January 16, 2021. (Photo: AFP)

The 59-year-old is the minister-president of Germany's most populous state North Rhine-Westphalia.

Laschet garnered 521 votes in a run-off, beating the pro-business conservative Friedrich Merz, who got 466 votes. The third candidate, foreign policy expert Norbert Roettgen, was knocked out in the first round of voting.

"I am aware of the responsibility associated with this office," Laschet said in his victory speech, adding he will "ensure the next chancellor in the coming federal elections will be from the (CDU/CSU) union."

Laschet, pursuing a centrist course in the party, was considered by local media a close ally of German Chancellor Angela Merkel and her continuity candidate.

In his campaign debate, Laschet said he stands for "a level-headed approach and avoiding extremes," insisting on social cohesion and social market economy.

When Merkel faced strong opposition from parts of her party in the refugee crisis in 2015, Laschet remained supportive of her policies.

In February 2020, Laschet teamed up with German Health Minister Jens Spahn, a one-time powerful competitor in the race for CDU head, drawing many young supporters who seek new dynamics and changes within the party.

The online CDU plenary session, the first of its kind in history, is widely seen as a crucial step paving way for the post-Merkel era.

In late 2018, Merkel announced that she wouldn't seek a fifth term. She later stepped down from the CDU leadership.

Annegret Kramp-Karrenbauer, who succeeded Merkel as CDU head, resigned in February 2020 in the aftermath of a state election scandal.

The CDU has been searching for its new leader since then, but the plenary meeting was postponed twice due to the raging COVID-19 pandemic.