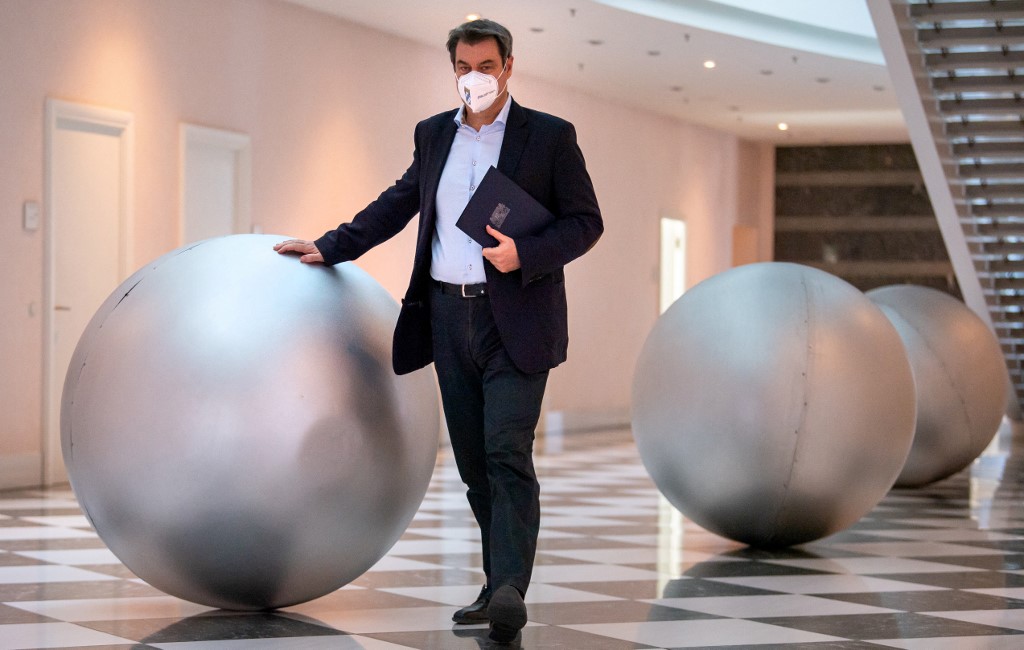 Markus Soeder, the head of the Bavarian sister party of Chancellor Angela Merkel's CDU, is open to being the conservative chancellor candidate for September's election, a parliamentary source told AFP Sunday.

"If the CDU were willing to support me, I would be ready," Soeder told a parliamentary meeting on Sunday, the source said.

The move officially sets Soeder up against Armin Laschet, the head of the CDU, in the race to become the conservatives' pick to succeed Angela Merkel as chancellor.