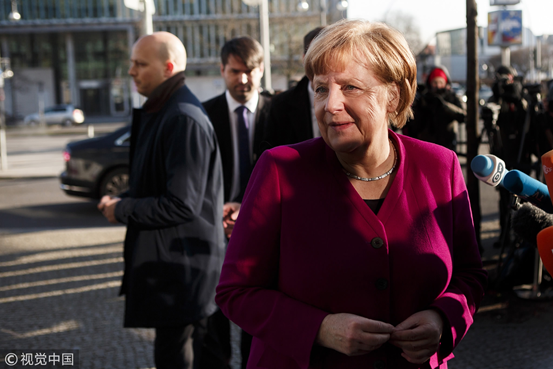 German Chancellor and leader of the Christian Democratic Union (CDU) Angela Merkel arrives at CDU headquarters in Berlin on Tuesday for what was supposed to be the last day of government coalition negotiations. /VCG Photo

Der Spiegel, public broadcaster ARD and the daily Bild each said the parties had ironed out their final differences and were ready to sign an agreement for Merkel's fourth term.