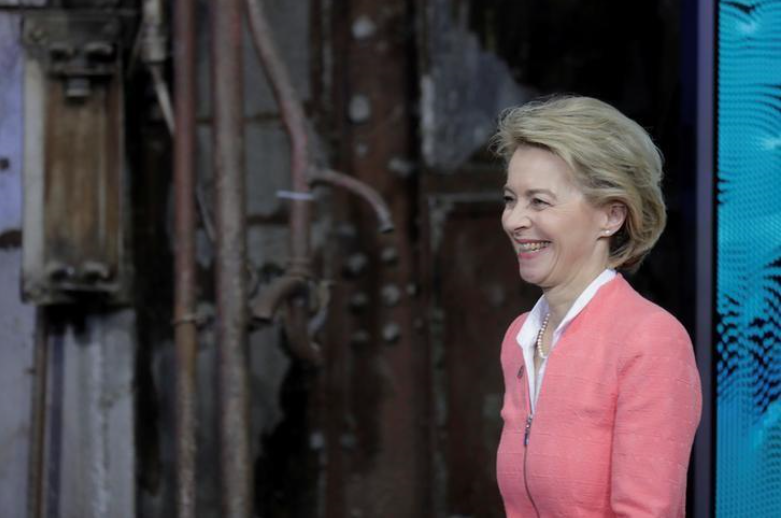 Germany on Saturday sought to defuse a diplomatic row with Poland, saying a call by the German defense minister to support a “democratic resistance” in the neighboring country had been taken out of context.

The Polish government, whose judiciary reform has been met with youth protests and legal action from the European Union, had accused German Defence Minister Ursula von der Leyen of interference after she called for supporting “the healthy democratic resistance of the young generation” in Poland.

But a spokesman for von der Leyen said the comments had been misinterpreted and the minister had instead praised Poland’s achievements since the fall of communism and called for a more inclusive approach to European integration.

Germany on Saturday sought to defuse a diplomatic row with Poland, saying a call by the German defense minister to support a “democratic resistance” in the neighboring country had been taken out of context.

“The defense minister’s quote was changed in social media and ripped out of context,” a spokesman for von der Leyen told Reuters on Saturday.

“Mrs von der Leyen has emphasized that the EU is an inclusive process, which is about securing and consolidating the common values of the EU and dealing with all positions.”

The Polish reform of the courts would give nearly a free hand to the ruling conservatives in picking the country’s top judges.

It has triggered protests by thousands of young people and others over the summer and an “infringement procedure” from the European Union.

It comes as some European leaders call for letting some member states in the wealthier, Western part of the bloc push ahead with further integration without the others following suit.

During the show broadcast Thursday on ZDF television, von der Leyen highlighted significant efforts undertaken by the Baltic states and Poland to “live in freedom” and to be part of the European Union.

“Precisely this healthy democratic resistance of the young people, also there in Poland, must be supported,” she said.

“This is one of the most explicit statements, which I am not sure whether it is a warning or an admission by the German side of interfering into our internal affairs,” Waszczykowski told the wpolitice.pl right-wing news portal.

The Polish defense ministry said it would summon the defense attache from the German embassy for an explanation.

Von der Leyen is part of the conservative team trying to negotiate a new coalition government with the pro-business Free Democrats and the environmental Greens.

Earlier this year she sparked outrage among the armed forces after she decried what she called “weak leadership” in the military.