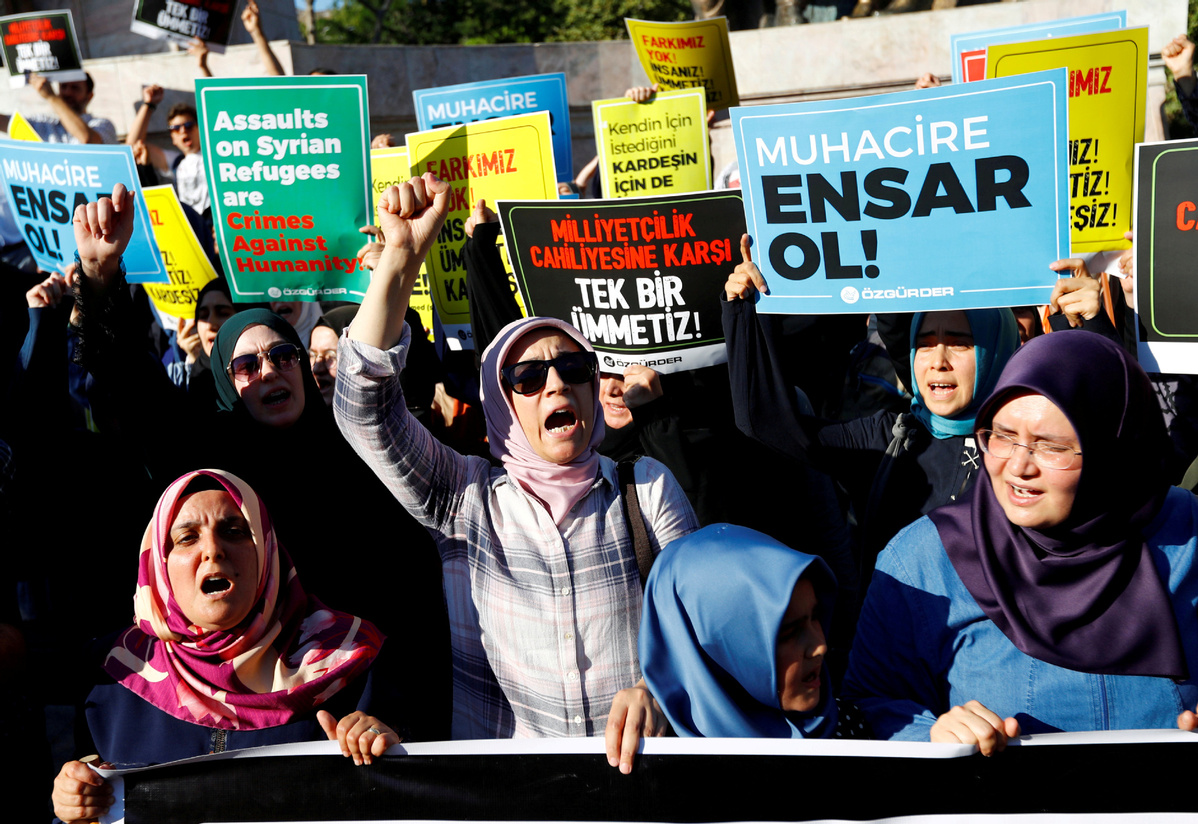 Upholding the existing migration pact with Turkey, which is on the verge of jeopardy, is critical for Germany and the European Union, as there are fears that continuing conflict in Syria may drive a new wave of refugees to Europe.

The EU countries will not be able to endure another massive influx of refugees, similar to the one in 2015, as refugee issues have already transformed the politics both in Germany and in the European Union over the past few years, analysts said.

German Chancellor Angela Merkel plans a visit to Turkey in January, to urge Turkish President Tayyip Erdogan to keep alive the refugee deal that Turkey struck with the EU in 2016, according to a report in German media Sueddeutsche Zeitung.

The meeting hasn't been officially confirmed by the Germans yet.

As part of the deal, Turkey hosts refugees heading for Europe in exchange for financial support of $6.6 billion from the EU, following the peak year of 2015 which saw over one million irregular migrants flocking to Europe via different routes to flee conflict and extreme poverty in the Middle East and Africa.

US President Donald Trump made an abrupt decision in early October to withdraw US troops from northern Syria, further destabilizing the war-torn region.

As the ongoing conflict in Syria is currently causing more people to run away from home and head for Europe, Erdogan warned on Dec 22 that Turkey, which has already hosted about 3.7 million refugees, cannot handle a new wave of migrants. Erdogan estimated that more than 80,000 Syrian refugees were heading to Turkey.

Previously, Erdogan claimed that not all of the money EU promised had arrived, and warned that it needed more support, otherwise, it would have to "open the gates" for migrants to Europe.

He Yun, an assistant professor at Hunan University's School of Public Management, said that Germany and the EU should be "extremely worried" about a new wave of refugees coming into the EU.

"The refugee crisis has sowed bitter divisions within both Germany and among EU member states, and is fueling the rise of extreme nationalist parties," she said.

The 2015 refugee crisis withered Merkel's leadership, as she welcomed over one million refugees to Germany, triggering the rise of right-populist, anti-immigration politics and the fragmentation of the country's party politics. The refugee issue had a similar impact on other countries across the European continent.

"Any new influx of refugees that mirrors the wave in 2015 could lead to the collapse of the fragile coalition government between Merkel's Christian Democratic Union and the Social Democratic Party, and cause further damage to the EU's internal unity," she said.

She said that the refugee problem is a thorny issue between Turkey and the EU. While the Turkish government is already having to deal with growing public discontent and security fears, the EU, on the other hand, believes that Turkey has not handled the refugees properly which is why tens of hundreds of them are still arriving in EU territories such as Greece.

"With the diminishing hope of Turkey joining the EU, the only incentive EU could provide for Turkey to continue the refugee pact is likely to give more financial assistance," she said.

Zhao Junjie, a researcher in European Studies at the Chinese Academy of Social Sciences, said that what Erdogan wants is for the EU to pay more attention to Turkey's interests and demands, including more financial needs, and the refugee issue could be his bargaining chip.

But Merkel would need to save the deal because the refugee issue is not only a thorny point in her political career but could also have a lasting influence on her party's leadership.

"Merkel was too generous with migrants a few years ago, which was criticized by many in Germany, so she has to ensure that the refugee crisis won't be repeated," he said.

Over the past few years, Germany has significantly reduced the number of refugees it takes and has even enacted procedures to repatriate some of those who are unqualified to apply for asylum.