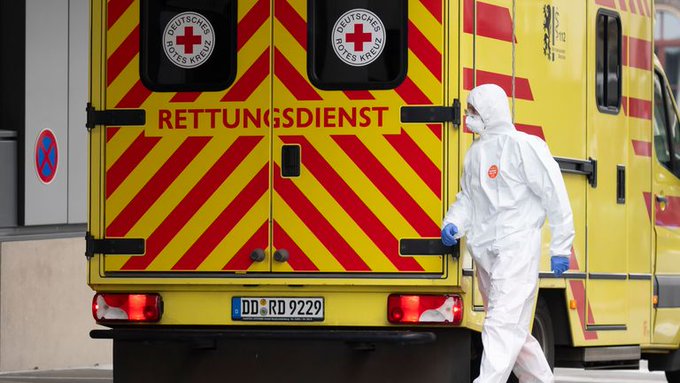 The number of deaths from the new coronavirus increased from 253 on Friday to 455 on Monday, according to RKI, the federal government agency and research institute responsible for disease control and prevention.

However, not all health authorities in Germany had submitted data over the weekend, meaning the figures converged over the course of the week. The number of infected citizens more than doubled in one week, as Germany tallied 22,672 confirmed cases last Monday.

Marburger Bund, a German trade union for doctors, is expecting a surge in COVID-19 patients in the coming weeks.

"Everything must be done to procure additional face masks and clothing as quickly as possible", Susanne Johna, first chairperson of Marburger Bund, said Monday.

To flatten the curve of new infections, a limited curfew is in effect in Germany until at least April 20. Public gatherings of more than two people, except people who live in the same household, are not allowed.

German Chancellor Angela Merkel thanked German citizens on Saturday for abiding by the rules, while warning against complacency.