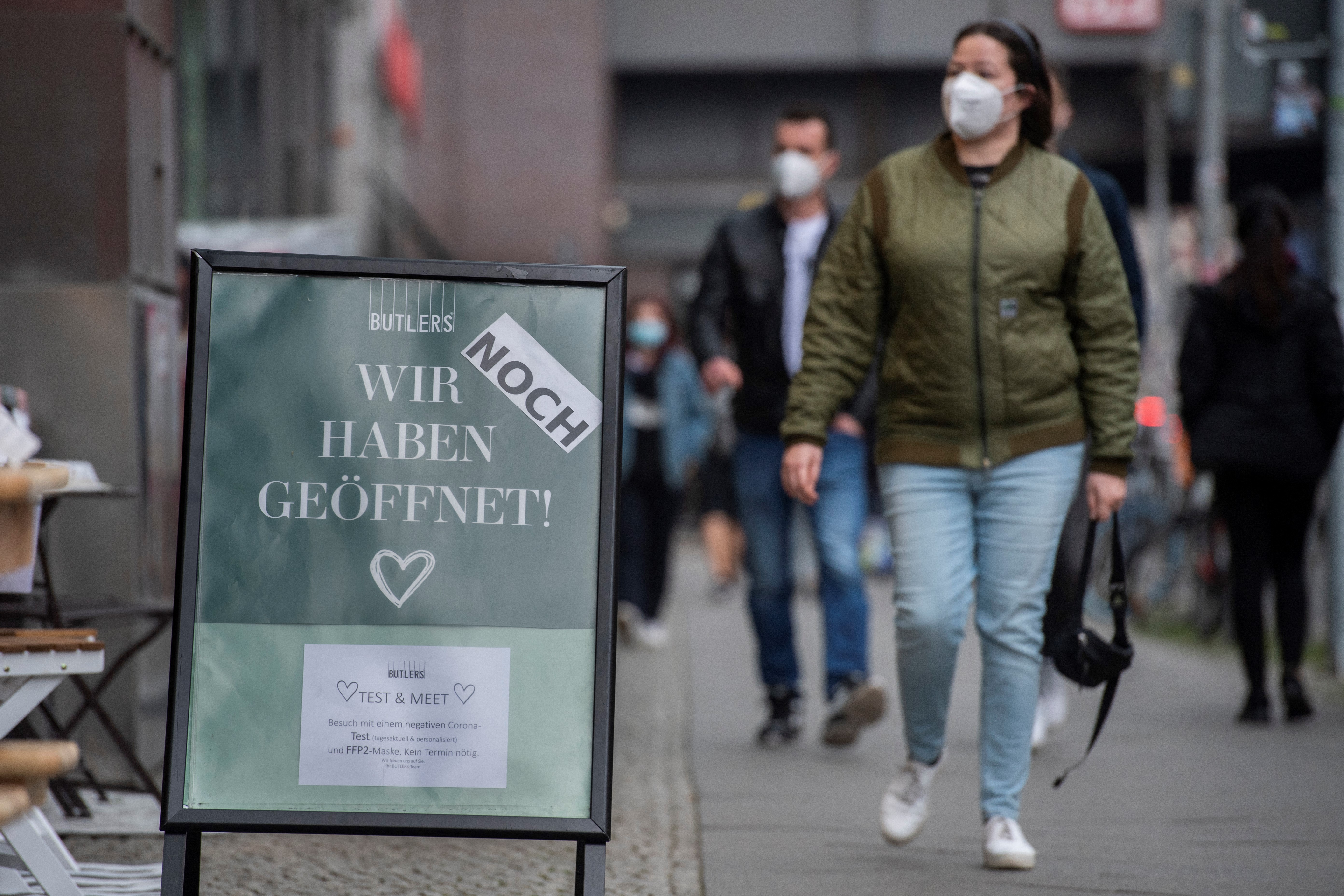 A sign outside a store reading "We are still open" informs customers that a recent negative test for the coronavirus is required in order to enter, in Berlin on April 1, 2021. (Photo:AFP）

Beginning Tuesday at midnight, travellers from the Netherlands will have to present a negative virus test to enter Germany, according to the Robert Koch Institute.

A quarantine period of 10 days must also be observed with the possibility of halting it after five days on presentation of a negative test.

There will be exceptions for people commuting between the neighbouring countries for work.

Germany, where concern has mounted over a third wave of the pandemic, has already classified neighbouring France, the Czech Republic and Poland as high-risk zones.

On March 23, Dutch Prime Minister Mark Rutte announced an extension of coronavirus restrictions until April 20 with infections on the rise.

The Netherlands, which has a population of over 17 million, has recorded more than 1.2 million virus cases and over 16,000 deaths linked to the disease.