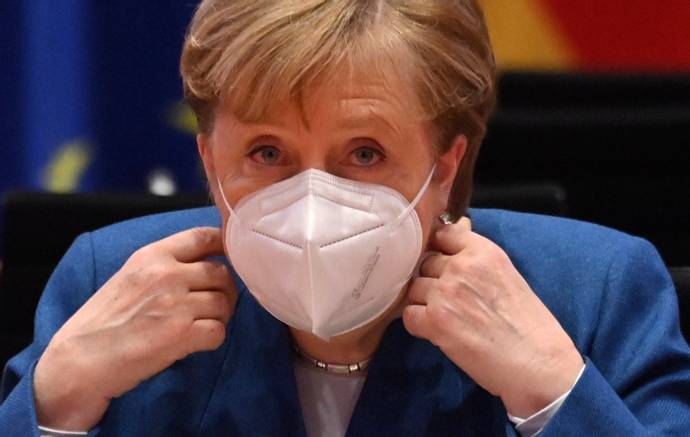 As well as extending existing measures including keeping cultural, leisure and sporting facilities shut through to April 18, Merkel and Germany's 16 state premiers agreed a tougher shutdown between April 1 and 5.

Almost all shops will be closed during the five days, and religious services will be moved online over Easter. Only grocers will be allowed to open on Saturday April 3.

"The situation is serious. Case numbers are rising exponentially and intensive care beds are filling up again," said Merkel as she sought to justify the tougher restrictions after 12 hours of talks.

The negotiations between the regional leaders of Germany's 16 states and Merkel had been gridlocked for several hours over the thorny issue of whether to allow domestic holidays to take place over the Easter school holidays.

Some regional leaders had argued it made little sense to allow people to fly out to the Spanish island of Mallorca for their holidays while banning residents from taking overnight stays in their own state.

But finally, the leaders agreed to "appeal urgently to all citizens to refrain from non-essential travel within the country and also abroad -- also with regard to the upcoming Easter holidays."

But Berlin and the federal states were forced to row back on relaxations this week as new infection numbers rose exponentially.