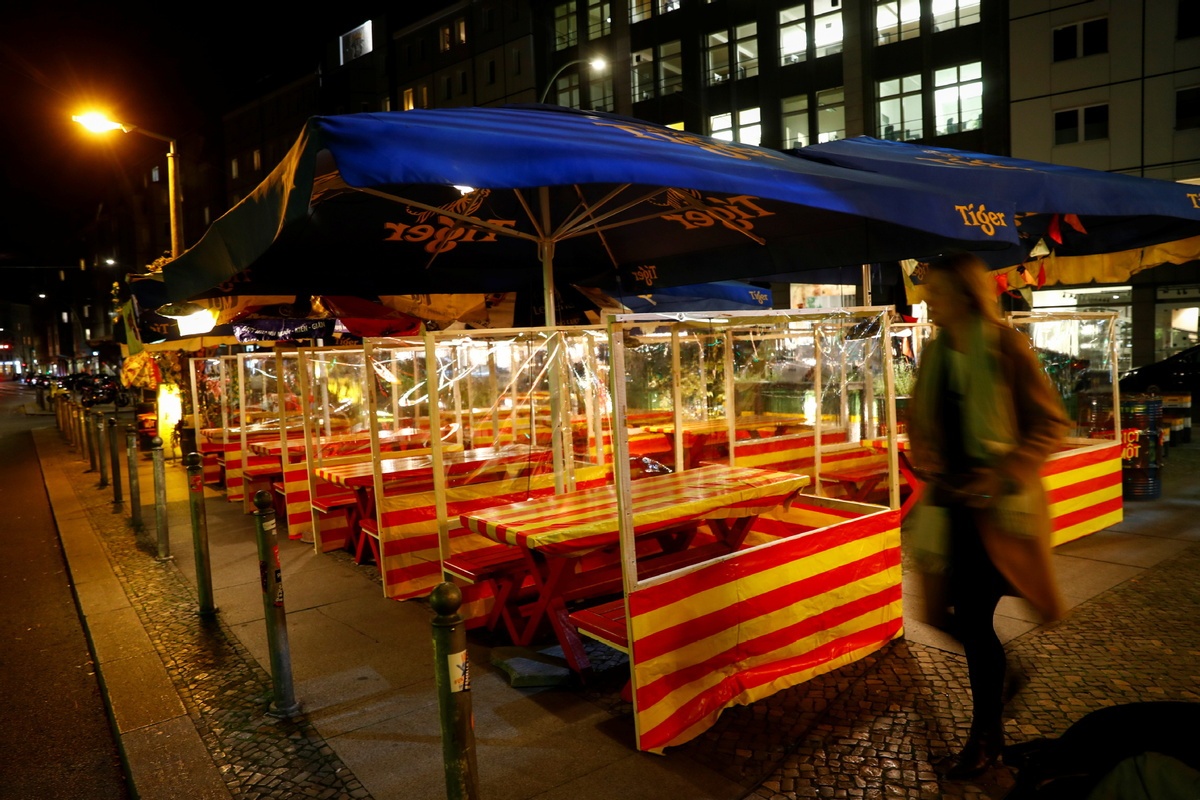 Only members of the same household plus those of an additional household with a maximum of ten people would be allowed to meet in public, the dpa learned from a video conference Chancellor Angela Merkel held with the minister presidents of the federal states.

Entertainment and leisure activities would be largely prohibited throughout Germany as theaters, operas and concert venues would have to close until the end of the month, according to the dpa. The ban would also apply to bars and restaurants.

Shops are to remain open, although they will not be allowed to let in more than one customer per 10 square meters, dpa said. Cosmetic studios, massage parlors and tattoo studios will have to close, but hairdressers can stay open under strict hygiene conditions.

Schools and kindergartens are to remain open, but will be required to introduce new hygiene protocols, according to dpa.

During the partial lockdown in November, Minister of Finance Olaf Scholz and Economic Affairs Minister Peter Altmaier sought to reimburse companies particularly affected by the coronavirus crisis with up to 75 percent of lost revenues, Germany's largest newspaper Bild reported.

Health Minister Jens Spahn told the German public broadcaster SWR on Wednesday that it was time to break the COVID-19 wave now. "When the intensive care units are full, it is too late."

Priority should be given to keep daycare centers for children and schools open and to ensure that the economy could continue to operate, which is important to secure jobs in Germany, according to Spahn. Social contacts, on the other hand, would have to be reduced, particularly in the leisure sector and in private life.

As the world is struggling to contain the pandemic, countries including Germany, France, China, Russia, the United Kingdom and the United States are racing to find a vaccine.

According to the website of the World Health Organization, as of Oct 19, there were 198 COVID-19 candidate vaccines being developed worldwide, and 44 of them were in clinical trials.