WORLD Germany to take in 1,500 refugees from Greek islands

Germany to take in 1,500 refugees from Greek islands 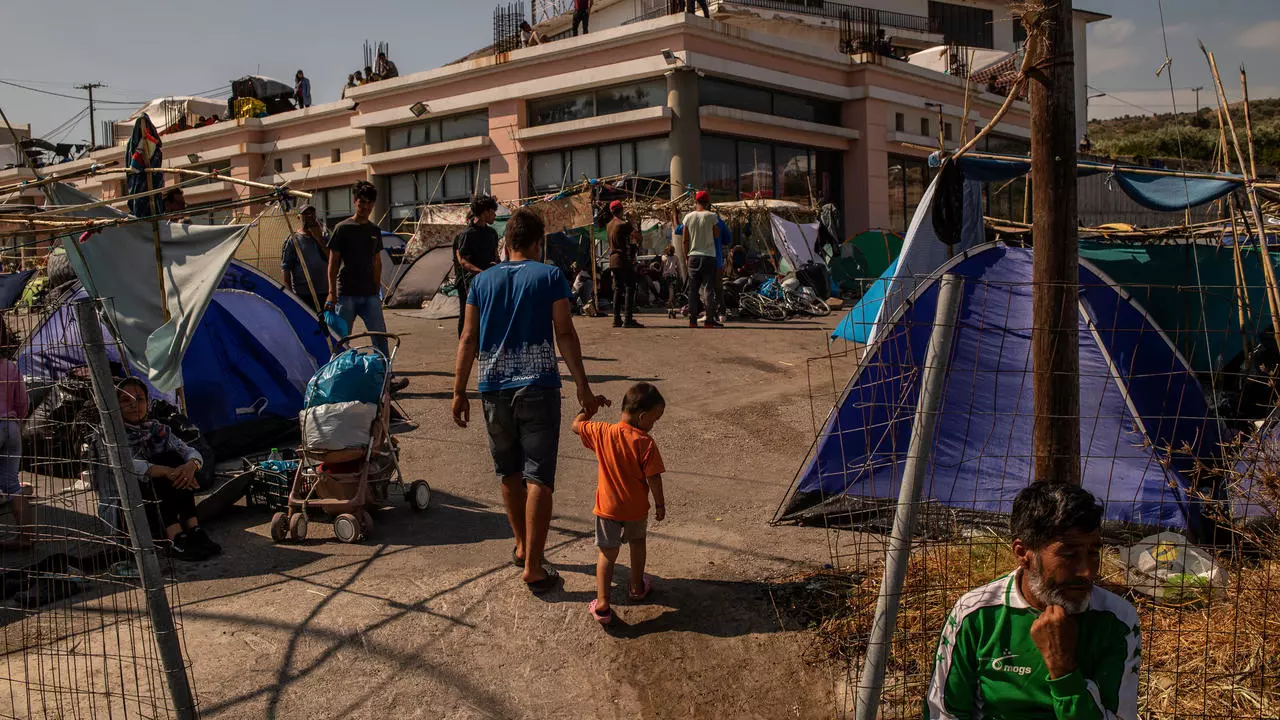 Some 12,000 former occupants of the camp on Lesbos island have been sleeping rough in abandoned buildings, on roadsides and even rooftops, after their shelter was destroyed by the blaze on September 8.

With pressure growing on the EU to do its part, Berlin had already joined in a European initiative to take in 400 unaccompanied minors from the burn-out camp.

But in addition to the around 150 minors that it will accept, Germany also plans to welcome families with children who have already secured refugee status and may not be from Moria camp, according to a plan agreed by Chancellor Angela Merkel and Interior Minister Horst Seehofer.

The outlines of the plan emerged as German cities and towns urged Berlin to do more.

Merkel's government has insisted that it was key to find a European solution to the issue rather than going it alone.

EU Council chief Charles Michel, in Athens for talks with Prime Minister Kyriakos Mitsotakis said that the EU must provide a "just, strong and efficient response" to the migration problem.

Greece was rushing to set up temporary shelter, while locals were preparing to stage an anti-migrant protest.

On Tuesday, the Greek migration ministry said roughly 800 of the thousands of Moria asylum seekers have been housed at a temporary site on Lesbos.

Among them, 21 have tested positive for coronavirus, the ministry said late Monday.

On Lesbos island, officials have been hastily erecting the temporary camp of white tents near the eastern port-village of Panagiouda as exhaustion, hunger and fear set in among the migrants.

Many have refused to enter the new camp, fearing they would be unable to leave once inside.

Others are reluctantly making their way to the site in the searing heat.

"There's nothing in the camp, no shower, no mattresses," Malik, an Algerian migrant, told AFP by phone from inside the camp where he now lives with his wife and five children.

"There is only one meal per day, and they give us a carton with six bottles of water," said the French language teacher.

Many migrants also fear the animosity of Lesbos residents.

There have been frequent incidents between the asylum seekers and locals, including those from the far-right, since last year.

Kostas Mountzouris, governor of the North Aegean region covering Lesbos and one of the most ardent opponents of the new camp, has called on local businesses to protest on Tuesday and seek "the removal of migrants from the island".

On Monday, the government renewed its accusation that a group of migrants deliberately destroyed the Moria camp.

"The camp was burnt by refugees and migrants who wanted to blackmail the government in order to be rapidly transferred from the island (to the continent)," government spokesman Stelios Petsas told reporters in Athens, giving no further details.

Officials had previously said the fire was started by migrants who faced isolation after testing positive for coronavirus.