Germany urges EU to divvy up migrants stranded at sea 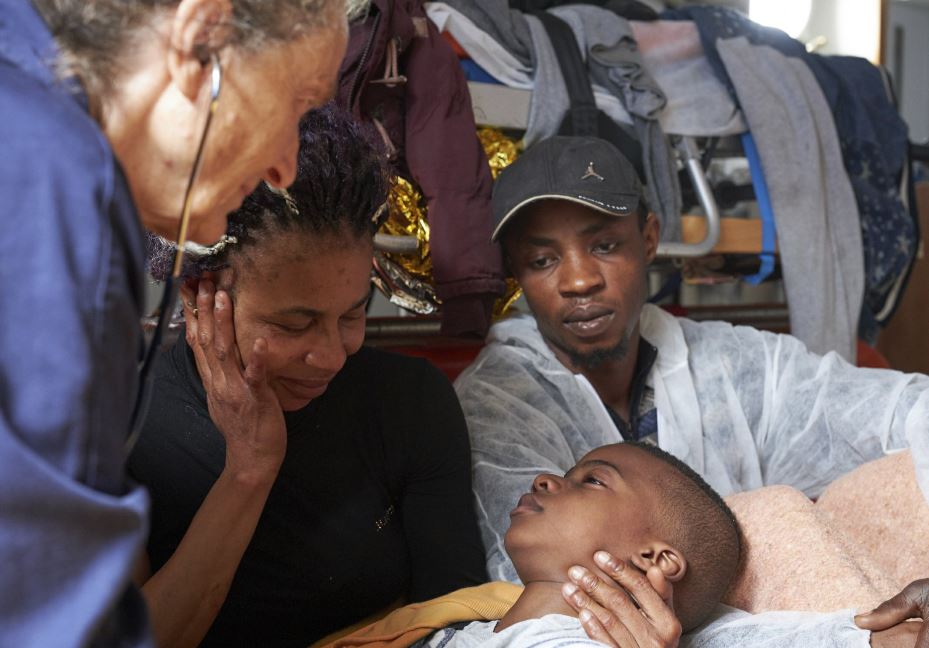 Migrants receiving assistance after being rescued by the Sea-Eye rescue ship in the waters off Libya. (Photo: AP)

Germany has asked the European Union to find a safe port where a German humanitarian ship carrying 64 migrants in the Mediterranean can dock, following appeals from the aid group and the refusal by Italy or Malta to let them land.

Berlin has asked the European Commission, the EU’s executive body, to coordinate the search for a safe port, said Stefan Ruwwe-Gloesenkamp, the spokesman for Germany’s Interior Ministry.

He said Friday that Germany trusts “a large number of member states” will be prepared to take in migrants and Berlin is ready to do “its part.”

The German humanitarian group Sea-Eye rescued the migrants off Libya on Wednesday when it could not reach the Libyan coast guard. It said the ship does not have enough room, food or water for the migrants and appealed to Berlin to use diplomatic channels to find a safe port.

Italian Interior Minister Matteo Salvini said his ministry sent a letter Thursday to the German government telling them the ship cannot dock in Italy and asking them to intervene.

On Friday afternoon, however, Italy offered to evacuate two children and their mothers, but the women rejected the offer because they don’t want to leave their husbands.

“The agreement with the federal Government was that the families would be evacuated,” the Sea-Eye said in a tweet. “We will not be actively separating families! This is an emotional torture and endangers the best Interests of the children.”

Salvini reacted to the news saying in a tweet that “at this point we can just wish them a good trip to Berlin.”

The Italian minister, speaking Friday at a G-7 ministers’ meeting in France, reaffirmed his anti-migrant stance, saying “that clearly not all NGOs, but some of them, are accomplices” in human trafficking.

Sea-Eye spokesman Carlotta Weibl said Friday that the rescue boat Alan Kurdi remains in international waters off the southern Italian island of Lampedusa and will not approach it until it has permission. Conditions on board were worsening and a storm was approaching, she said.

Malta and Italy have been refusing to open their ports to humanitarian rescue ships, saying that the repeated rescues of migrants at sea encourages smugglers to pack them into unseaworthy rubber dinghies before they head out for Europe.

Salvini said Sea-Eye put the migrants’ lives at risk by traveling north toward Europe after rescuing them 25 miles (40 kilometers) from the Libyan coast.

However, international standards on sea rescues require that migrants be brought to a safe port.

The European Union and aid groups have declared that Libya does not meet the definition of a safe port due to ongoing lawlessness and reports of abuse, rape and torture inside migrant detention centers.