ACCRA, Dec. 7 (Xinhua) -- Polls opened in all 16 regions across Ghana early Monday for eligible voters to elect new political leaders for the country. 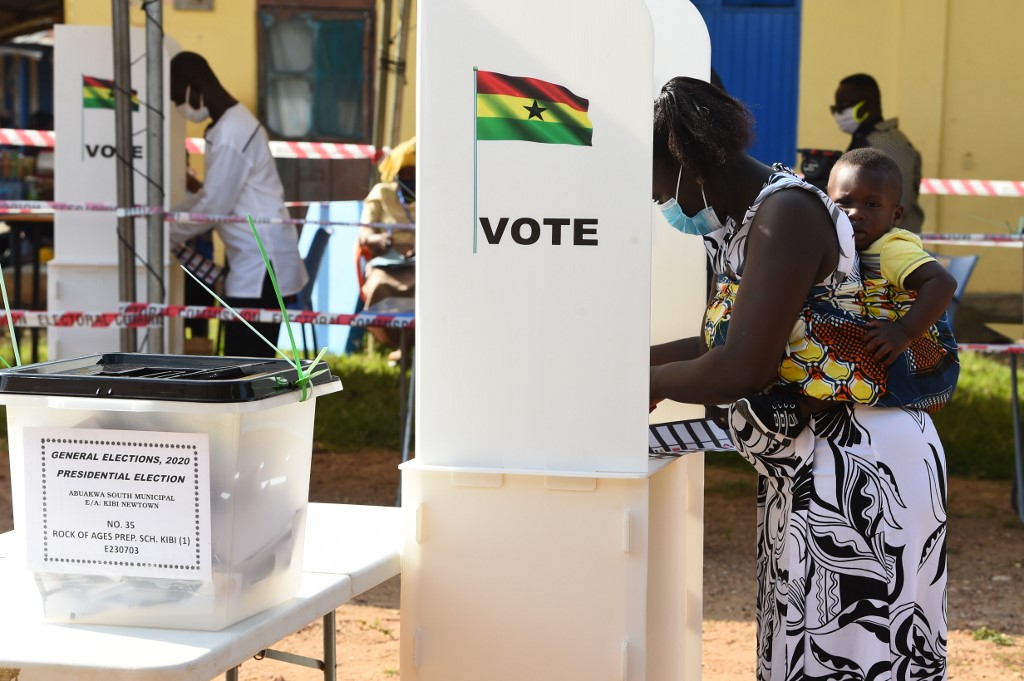 A woman holds her child as she prepares to cast her vote at a polling station in the Eastern Region district of Kyebi on December 7, 2020 during Ghana's presidential and parliamentary elections. (Photo: AFP)

Polling started at 7 a.m. local time (0700 GMT) at most of the 38,622 polling stations and is expected to close at 5 p.m. local time (1700 GMT) with room for those still in the queue to cast their ballots before the official closing time.

The Ghana Electoral Commission (EC) said 17,029,981 eligible voters are expected to participate in Ghana's eighth general election since the country returned to multi-party democracy in 1992.

The presidential election has 12 contestants from 11 political parties and an independent candidate, but the race mainly runs between incumbent President Nana Addo Dankwa Akufo-Addo of the New Patriotic Party and former President John Dramani Mahama of the National Democratic Congress.

This is the third contest between Akufo-Addo and Mahama since 2012, with each defeating the other once.

The West African country has had five democratically elected presidents since 1992 through a simple majority of 50. 1 percent of valid votes.

The election comes at a time when Ghana has started to see a resurgence in COVID-19 infections, which heightens the need for observing the COVID-19 safety protocols. Prospective voters standing in queues are also in their face masks and observing the one-meter rule for social distancing.