Carlos Ghosn's escape from Japan is "unjustifiable" and he is thought to have left the country using "illegal methods", the Japanese justice minister said Sunday, in the first official public comments on the case. 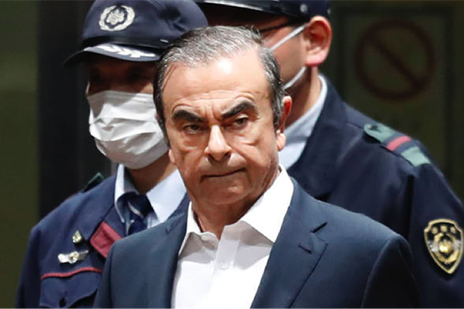 "Our country's criminal justice system sets out appropriate procedures to clarify the truth of cases and is administered appropriately, while guaranteeing basic individual human rights. The flight by a defendant on bail is unjustifiable," said Masako Mori.

"It is clear that we do not have records of the defendant Ghosn departing Japan. It is believed that he used some wrongful methods to illegally leave the country. It is extremely regrettable that we have come to this situation," added the minister.

She confirmed that Ghosn's bail has already been cancelled and that an Interpol "red notice" had been issued.