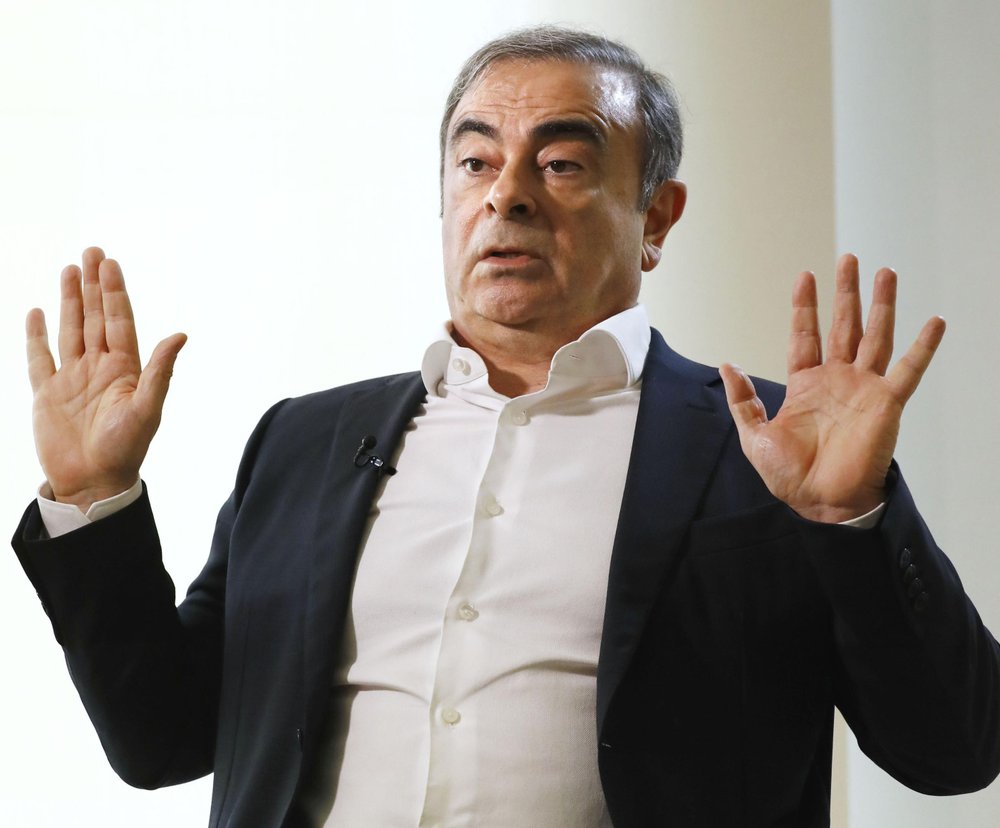 A lawyer for former Nissan Chairman Carlos Ghosn, who fled to Lebanon while awaiting trial in Japan, said his client was questioned an average of seven hours a day without a lawyer present.

Takashi Takano said on his blog post Saturday the questioning continued through weekends, Thanksgiving and Christmas.

Takano has said he told Ghosn he couldn’t expect a fair trial in Japan, but his chances of winning were good because the evidence against him was so weak.

Japan’s judicial system has come under fire over Ghosn’s case. Critics have for years said the prolonged detentions tend to coerce false confessions. Suspects can be detained even without any charges.

Takano said he recently looked at prosecutors’ data and Ghosn’s notes to tally the hours of questioning for 70 of the days Ghosn was detained. On three days, Ghosn had been questioned for some 11 hours, according to Takano’s tally.

Ghosn was detained under two separate arrests for 130 days. He has been charged with underreporting his future compensation and of breach of trust in diverting Nissan Motor Co. money for alleged personal gain.

In a news conference in Beirut lasting more than two hours, Ghosn reasserted his innocence, and accused Nissan and Japanese government officials of plotting his removal.

Ghosn, who led Nissan for two decades, has said the compensation was never decided, and the payments were for legitimate business.

Much of his news conference was devoted to criticizing Japanese justice as rigged and harsh. He said he had been grilled without a lawyer present while held in solitary confinement. He advised all foreigners to leave.