One of the Japanese lawyers for former Nissan Chairman Carlos Ghosn has stepped down from that job after his client fled the country. 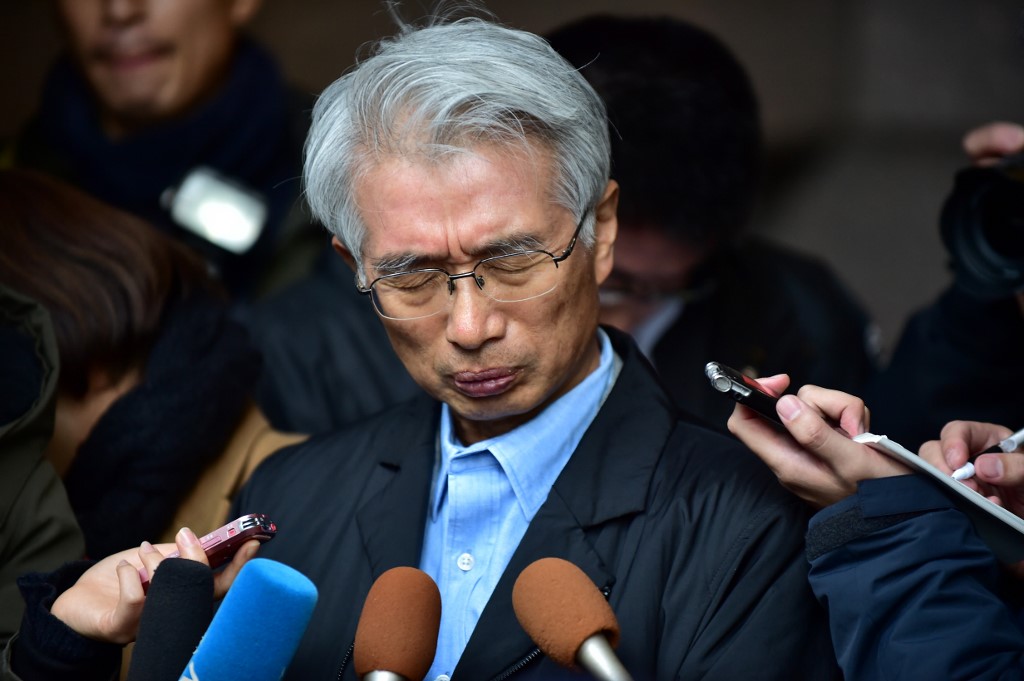 The Japanese lawyer for former auto tycoon Carlos Ghosn, Junichiro Hironaka, speaks to the media outside his office in Tokyo on December 31, 2019. (Photo: AFP)

Junichiro Hironaka had been representing Ghosn in his defense against financial misconduct charges. His move, announced Thursday, was widely expected after Ghosn escaped to Lebanon late last month.

Hironaka said in a statement that the entire team working on the case at his office will quit but did not outline reasons. He has said before he felt some empathy for Ghosn's reasons for escape, while stressing he had hoped to win vindication in court.

Hironaka is respected for winning high-profile cases in this nation where the conviction rate is higher than 99%. Among the cases he has handled is that of Atsuko Muraki, a Welfare Ministry official accused of falsely approving a group to qualify for mail discounts. She was acquitted in 2010.

Also Thursday, Nissan Motor Co. released steps it was taking to prevent a recurrence of Ghosn's scandal, and reiterated its denouncement of Ghosn.

The automaker said in a report submitted to the Tokyo Stock Exchange that Ghosn had the authority to “single-handedly” determine directors' compensation and such information was not shared with other departments at the company.

The underreporting of his future compensation is among the allegations Ghosn faced in Tokyo.

In a news conference last week in Beirut, Ghosn insisted again that he was innocent of the charges, which also included breach of trust in diverting Nissan money for his personal gain.

He said he fled because he felt he could not expect a fair trial in Japan.

Ghosn's flight while he was out on bail awaiting trial means his case will not go on in Japan. Interpol has issued a wanted notice but his extradition from Lebanon is unlikely.

Ghosn has accused Nissan and Japanese officials of conspiring to bring him down to block a fuller integration of Nissan with its French alliance partner Renault SA of France.

Ghosn, who has signed on an international team of lawyers, has expressed willingness to stand trial in Lebanon.

Nissan also said that Ghosn obtained compensation from a venture company in the Netherlands set up Mitsubishi Motors Corp., a smaller Japanese automaker with which Nissan set up an alliance under Ghosn.

Ghosn has denied wrongdoing about the spending at the venture.

Nissan said independent outside directors had been added to its board.

It denied recent reports about troubles in the Renault alliance, and has stressed the alliance remains strong.

Japanese prosecutors have said repeatedly they are confident they have a case, and Ghosn's flight underlines how he sought to skirt the law.

Ghosn led Nissan, based in Yokohama, southwest of Tokyo, for two decades, rescuing it from near-bankruptcy.