WORLD Ghosn to be summoned by Lebanese judiciary: official

Ghosn to be summoned by Lebanese judiciary: official 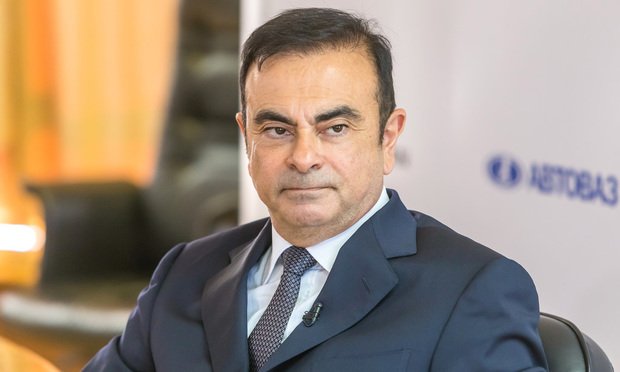 Former Renault-Nissan boss Carlos Ghosn, who skipped bail in Japan and fled to Beirut, is due to be summoned by Lebanon's public prosecutor next week, an official said Friday.

The Lebanese authorities have already stressed that Ghosn -- who holds the French, Lebanese and Brazilian nationalities -- had entered the country legally and that Beirut had no extradition agreement with Japan.

An official speaking to AFP on condition of anonymity said a summons was expected to be handed to Ghosn next week, as a result of Interpol issuing a "red notice" against him.

"The Lebanese judiciary is obliged to hear him. But it can still decide whether to arrest him or let him remain free," the official said, adding that Ghosn could be heard on January 7 or 8.

Ghosn, once Japan's best paid corporate executive, was arrested in November 2018 and has been under house arrest since April, facing multiple charges of financial misconduct.

Claiming the Japanese judiciary was "rigged" and that he would not receive a fair trial, Ghosn skipped bail on December 30 and flew to Beirut on a private jet.

The exact circumstances of his escape remain unclear.

The 65-year-old is due to talk to the press in Beirut next week.

"I have not fled justice -- I have escaped injustice and political persecution," said Ghosn in a December 31 statement.

An Interpol 'red notice' is a request to law enforcement across the world to provisionally arrest a person pending extradition, surrender or similar legal action. It is not an arrest warrant.

Japan is probing how Ghosn was able to slip out and Turkey has also detained seven individuals over Ghosn's transit through Istanbul, where he changed private jets on his way to Lebanon.

Ghosn, who was born in Brazil, is well connected in Lebanon, where he owns stakes in several major business ventures and firms.