Ghosn vows to clear name as he blasts 'collusion' against him 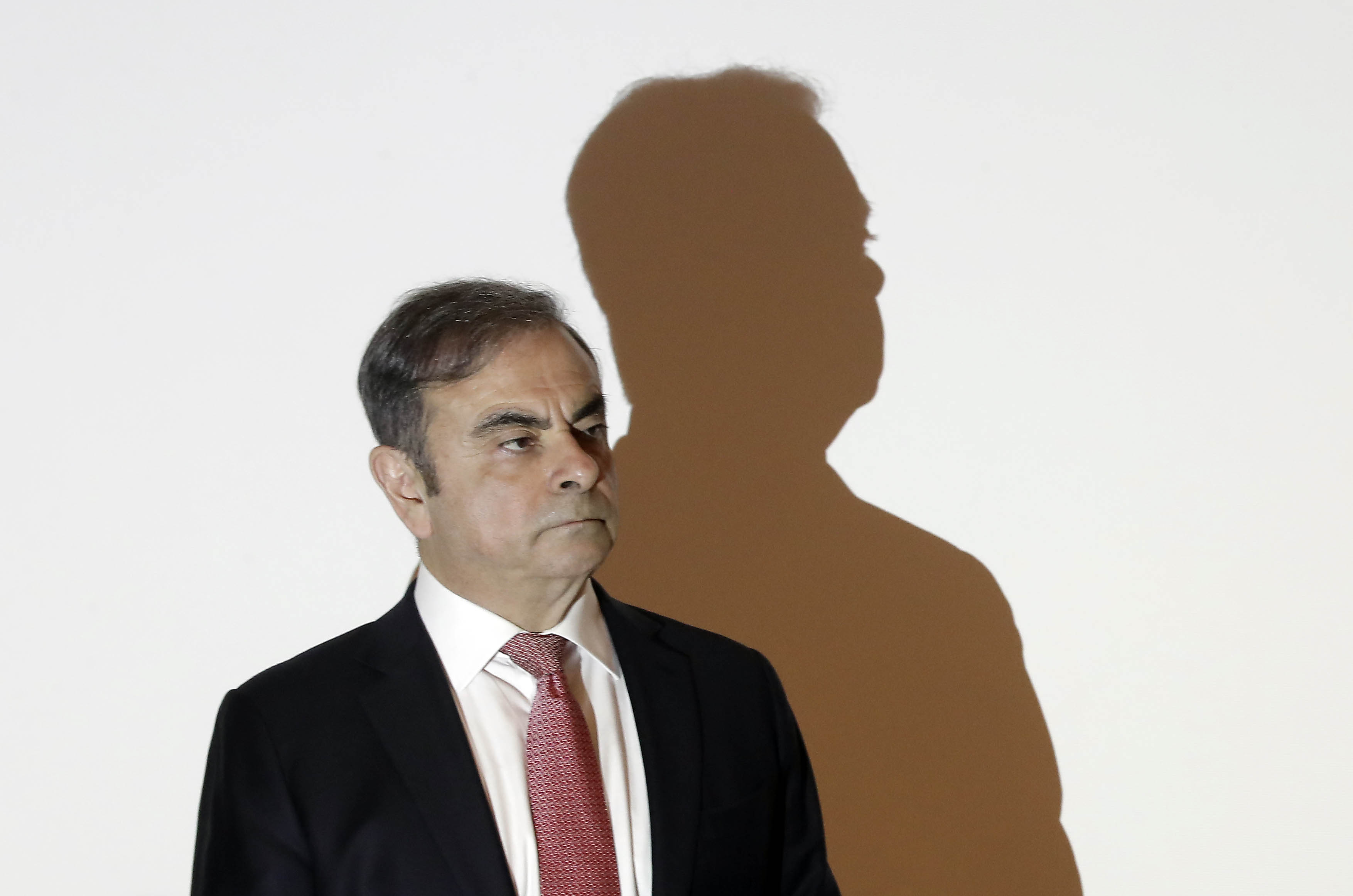 Fugitive auto tycoon Carlos Ghosn on Wednesday accused Nissan and Japanese prosecutors of plotting against him, vowing to prove his innocence at his first public appearance since fleeing the country.

The former Renault-Nissan boss described the financial misconduct charges he faced in Japan as "baseless" as he addressed a large crowd of journalists in Beirut.

"The collusion between Nissan and prosecutors is everywhere," Ghosn said, claiming his arrest in Japan was "staged".

"There was no way I was going to be treated fairly ... this was not about justice. I felt I was a hostage of the country that I have served for 17 years," he said.

"Thanks to the systematic leaking of false information and distorted information and the intentional withholding of exculpatory information by the prosecutor and by Nissan, I was presumed guilty before the eyes of the world and subject to a system whose only objective is to coerce confessions, secure guilty pleas," he said.

Ghosn, who denies any wrongdoing, fled while awaiting trial on charges including allegedly under-reporting his compensation to the tune of $85 million.

Ghosn said he was "presumed guilty" and had "no choice" but to jump bail, adding he was told by his lawyers he would have to wait five years for a verdict.

He said he had been "ripped" from friends and family when detained.

In a comment that risked causing further upset in Japan, he appeared to compare his arrest to the Japanese bombing of Pearl Harbour in 1941.

"I didn't suspect anything ... Did you see Pearl Harbour happening?"

The 65-year-old businessman, once a giant of the car industry, arrived in his native Lebanon last month, in the latest shock twist to a gripping saga.

Ghosn's bail jump has prompted outrage from the Japanese government, which has called his escape "unjustifiable", as well as from Japanese automaker Nissan which labelled the getaway "extremely regrettable".

Ghosn said that Nissan's stock market value had fallen by $40 million a day since his arrest, while that of Renault had slumped by 20 million euros daily.

Many were hoping Ghosn would disclose details of his audacious flight from Japan to Beirut via Istanbul -- a dramatic twist in a story worthy of a Hollywood plot.

But Ghosn told reporters he was "not here to talk" about how he fled Japan.

According to Japanese media, Ghosn slipped out of his house in Tokyo, boarded a bullet train to Osaka and then a private jet to Istanbul, evading customs by hiding in a box, before reaching Beirut on December 30.

Ghosn says the charges against him stem from a "coup" inside Nissan by disgruntled executives and Japanese officials who feared his plans to more closely integrate the car giant with its alliance partner, French firm Renault.

Asked how high the alleged conspiracy went, Ghosn said he did not believe Japanese Prime Minister Shinzo Abe was involved.

Nissan has continued to insist it has "incontrovertible evidence of various acts of misconduct by Ghosn".

But his legal team in France hit back at those remarks just hours before Ghosn was due to speak.

The carmaker's claims that it has conducted a thorough investigation into its former boss is a "gross perversion of the truth", they said in a statement.

The probe was "initiated for the specific, pre-determined purpose of taking down Carlos Ghosn," said the lawyers.

Earlier Wednesday, private security personnel guarded the pink coloured villa in central Beirut where Ghosn is believed to be residing, an AFP photographer said, as reporters camped outside.

Journalists, including several from Japan, watched with bated breath as vehicles -- some with tinted windows -- came and went from the premises.

Ghosn's high-profile arrest and his long detention -- 130 days in total -- under severe conditions were widely considered draconian compared with the West.

He twice won bail by persuading the court he was not a flight risk -- decisions seen as controversial at the time.

His latest release came with conditions that included a ban on overseas travel and limited contact with his wife, Carole, who insisted this week she had no advance knowledge of the escape plan.

Japanese prosecutors are also seeking to arrest her, alleging she "made false statements" during April testimony to the Tokyo district court.

As Japan grapples with the fallout from the embarrassing security lapse, prosecutors on Wednesday attempted to raid the offices of one of his lawyers, Junichiro Hironaka, to seize computers.

However, the lawyers refused them access, citing "attorney-client confidentiality".

Ghosn himself has said he left Japan because he was no longer willing to be "held hostage by a rigged Japanese justice system".

"I have not fled justice -- I have escaped injustice and political persecution," Ghosn said in a statement on December 31.

Lebanon, which has no extradition agreement with Japan, has said Ghosn entered the country legally in possession of a French passport and a Lebanese identification card.

Top photo: Former Renault-Nissan boss Carlos Ghosn is pictured at the podium at the Lebanese Press Syndicate where he addressed a large crowd of journalists on his reasons for dodging trial in Japan, where he is accused of financial misconduct, in Beirut on January 8, 2020. (Photo: AFP)