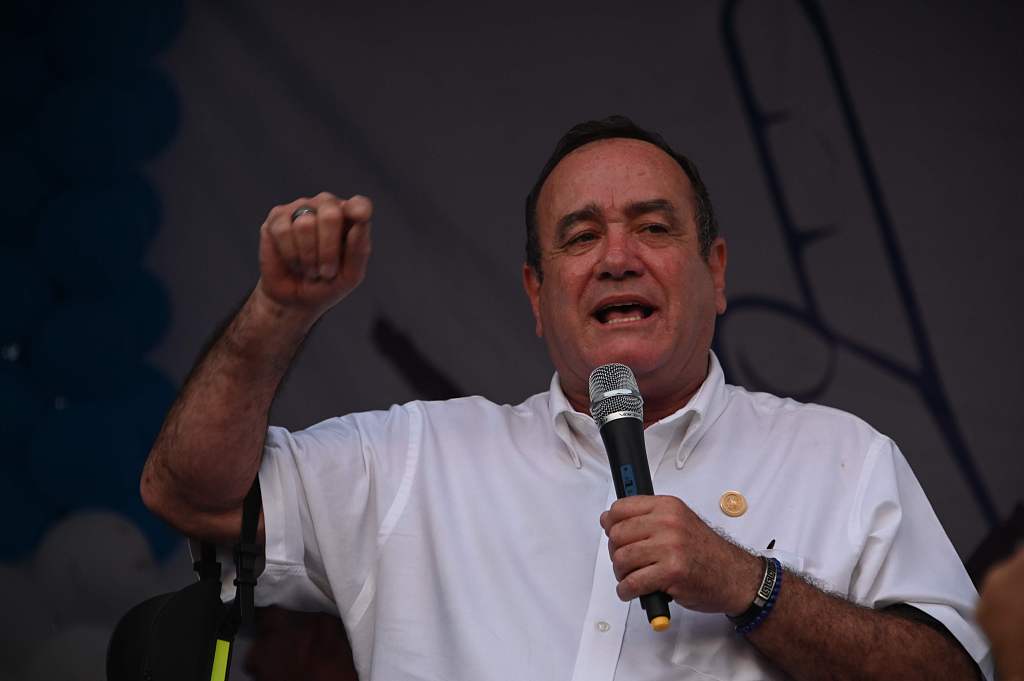 With 84 percent of the votes counted, Giammattei, of the Vamos (Let's Go for a Different Guatemala) party, garnered 59 percent of the ballots, or 1,650,976 votes.

Former first lady Sandra Torres, the candidate of the National Unity of Hope (UNE) party, trailed with 40 percent of the ballots, or 1,120,909 votes.

"Starting Jan. 14, we can't waste a single day. I want to tell you that tonight before going to sleep, we should ask God for his blessings and wisdom because we are going to have some tough times," Giammattei said in a victory speech shortly after the vote count showed he had a commanding lead.

The winner of the runoff vote will take office on Jan. 14.