Animal care staff witnessed the birth at 6:35 p.m. local time, the zoo announced in a release.

"Mei Xiang picked the cub up immediately and began cradling and caring for it," said the release, adding that the panda team heard the cub vocalize and glimpsed the cub for the first time briefly immediately after the birth.

The team is monitoring Mei Xiang and her cub via the zoo's cameras.

The zoo said a neonatal exam will be performed when keepers are able to retrieve the cub, which may take a few days. The sex of the cub will not be determined until a later date.

The announcement came just hours after the zoo tweeted that it believed Mei Xiang had gone into labor.

The zoo announced last week that it had detected the fetus during an ultrasound and that Mei Xiang could go into labor any day.

Mei Xiang previously gave birth to six cubs, three of whom, Tai Shan, Bao Bao and Bei Bei, have survived to adulthood. All the three returned to China when they were four years old as part of the zoo's cooperative agreement with the China Wildlife Conservation Association.

Mei Xiang and Tian Tian have been living at the zoo, located in northwest Washington, D.C., since their arrival in 2000. 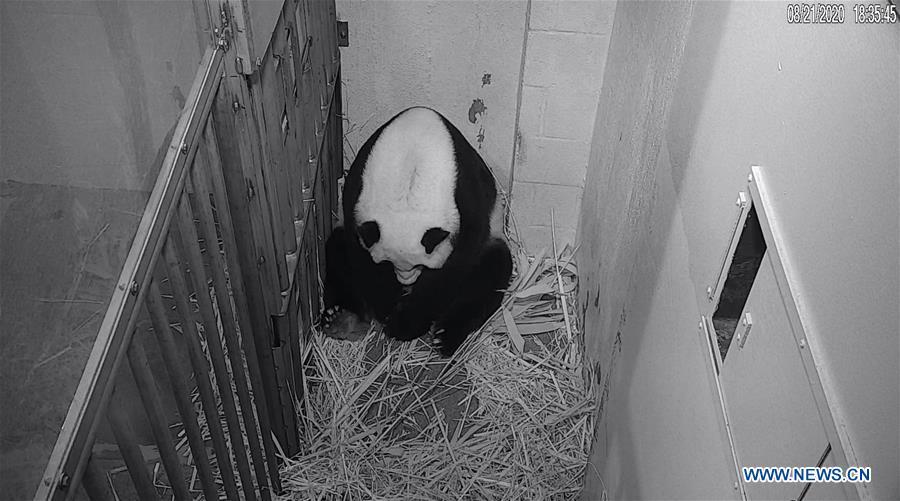