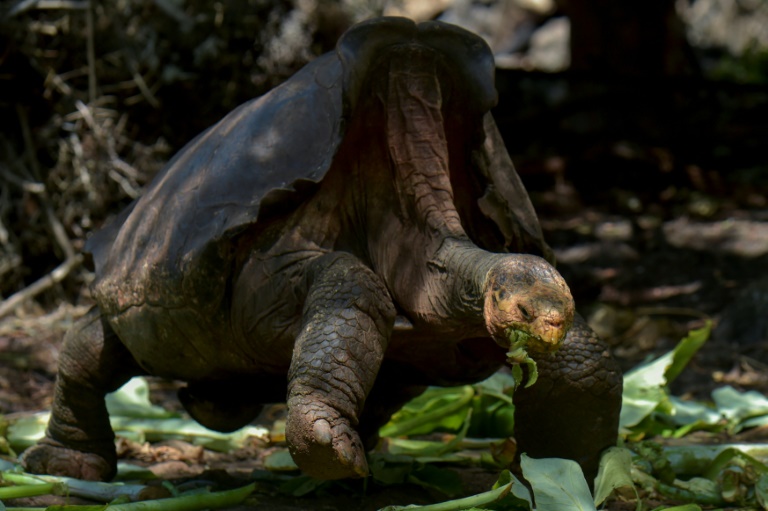 Diego is pictured on Ecuador's Santa Cruz Island in the Galapagos, in February 2019. (File photo: AFP)

QUITO, Jan. 10 (Xinhua) -- The famous gaint tortoise, Diego, will return home in the Galapagos islands after it fathered hundreds of babies in a captive breeding program in the past several decades to save its species from extinction, Ecuadorian Environment Minister Raul Ledesma said on Friday.

Diego "will return home, #Espanola Island, 8 decades later. We are preparing his release for March and we are closing the island's breeding program," Ledesma said on Twitter.

Diego, which is over 100 years old, joined the program at the San Diego Zoo in the U.S. state of California with 14 other tortoises from the Espanola Island.

"It is estimated that approximately 40 percent of tortoises repatriated to the Espanola Island are his descendants," the Galapagos National Park said in a statement.

It added that the closure of the captive breeding program comes after an ecological evaluation of the Espanola Island "showed evidence of the recovery of its habitat conditions and the population of tortoises that it shelters."

The lastest research conducted at the end of 2019 suggests that the island meets the conditions for maintaining the tortoise population which has risen to 2,000 and is expected to continue to grow normally.

The Galapagos islands is a World Heritage Site located around 970 km off the coast of Ecuador. It is home to many unique species, some of which inspired British naturalist Charles Darwin to develop his theory of evolution.