Giant 'Trump Baby' to fly over London during US president visit 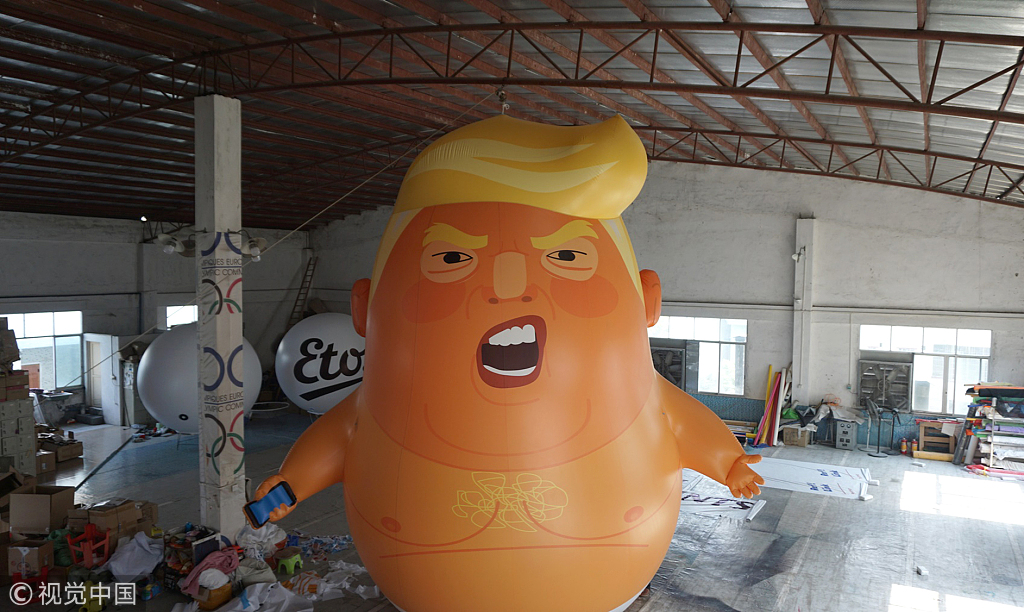 An online petition to fly a Donald Trump blimp over London during the President's visit has almost 6,000 signatures. (Photos: VCG)

A giant blimp depicting Donald Trump as a baby will fly over London during the US president's visit next week after mayor Sadiq Khan approved the request, protesters behind the stunt said Thursday.

The 6-metre orange balloon, which shows the president wearing a nappy, will fly near parliament at a height of 30 metres between 9.30am and 11.30am local time. 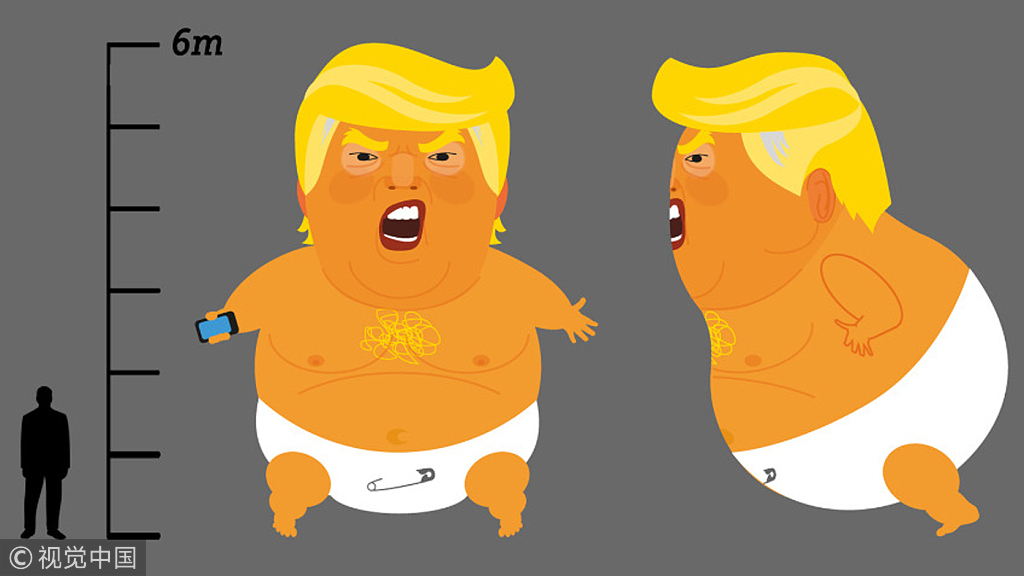 "The mayor supports the right to peaceful protest and understands that this can take many different forms," said a spokesperson for Khan, who has had frequent Twitter spats with the US leader.

Activist Leo Murray from the group behind the protest credited a "huge groundswell of support" for Khan's decision, with more than 10,000 signing an online petition.

"We didn't get off to the best start with the mayor's office over this, who originally told us that they didn't recognise 'Trump Baby' as legitimate protest," he told Sky News.

"But following a huge groundswell of public support for our plan, it looks like City Hall has rediscovered its sense of humour. Trump Baby will fly!"

Huge protests are expected when Trump visits Britain next week, where he will meet Prime Minister Theresa May and Queen Elizabeth II.