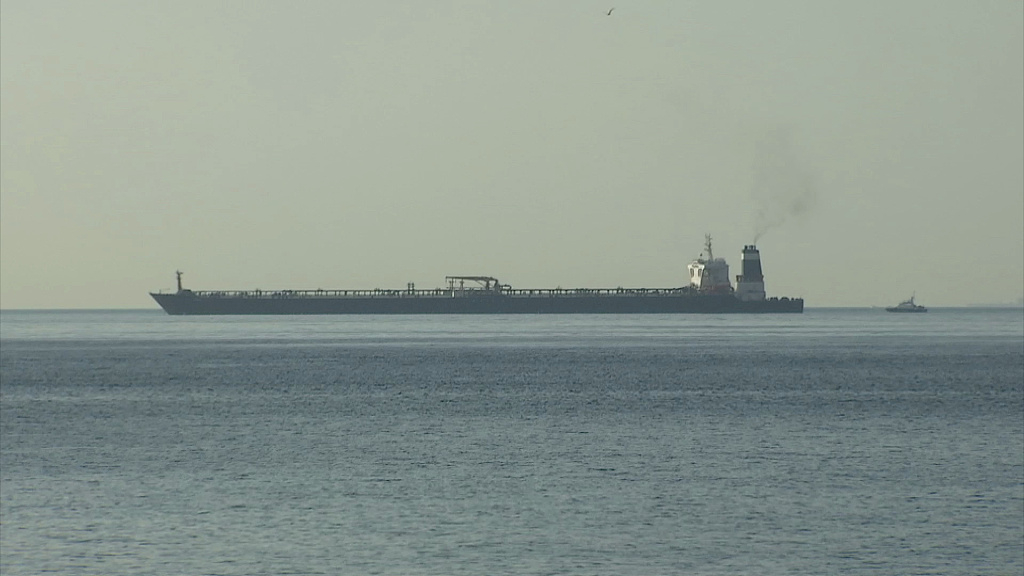 The paper said Gibraltar's Attorney General, Michael Llamas, had confirmed the decision. No official comment from the Gibraltar government was immediately available.

The British territory's attorney general also said that the tanker can be detained for 30 more days.
The Grace 1 supertanker, carrying 2.1 million barrels of oil, was intercepted by British Royal Marines and Gibraltar's police on July 4 as it transited through waters claimed by Gibraltar, which is located on Spain's southern tip.
An initial order by the court authorizing the detention of the vessel would lapse after Friday.
The order can be renewed for up to 90 days.

"We look forward to continuing to work constructively and positively with officials of Iran to facilitate the release of the Grace 1 pursuant to the satisfaction of all legal requirements," Gibraltar's Chief Minister Fabian Picardo told the territory's parliament.

Gibraltar and US officials believed the tanker was destined for Syria to deliver oil, in violation of separate sets of EU and US sanctions.

Iran has reacted with fury to what it termed "piracy" and warned it would not let the interception go unanswered.

Last week, a British warship in the Gulf warned off armed Iranian boats that tried to stop a UK supertanker.  London has since announced the deployment of two more warships to the Gulf region for the coming months.

The Gibraltar court ruling comes as tensions in the Gulf region mounted Friday after Washington said an Iranian drone was destroyed after threatening an American naval vessel at the entrance to the Strait of Hormuz.

It was believed to be the first US military engagement with Iran following a series of increasingly serious incidents.  Iran denied losing any drones.