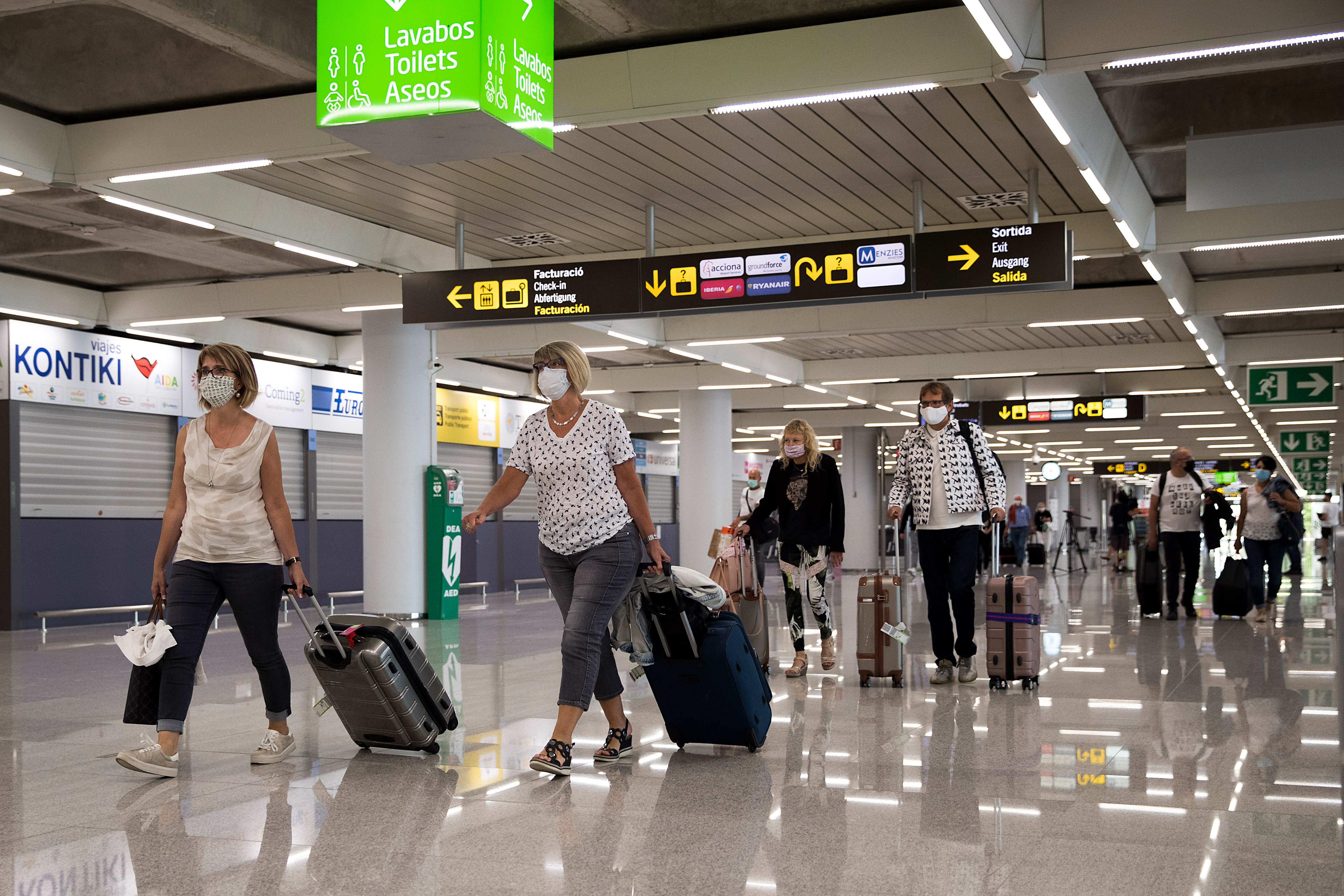 Tourists arrive at Son Sant Joan airport in Palma de Mallorca on June 22, 2020 as EU member state citizens and those from the passport-free Schengen zone were allowed freely into Spain, with no 14-day quarantines required following a national lockdown to stop the spread of the novel coronavirus. (Photo: AFP)

Gibraltar is to become part of the Schengen zone as a way of ensuring fluidity of movement on its border with Spain following Britain's departure from the European Union, Spain's top diplomat said Thursday.

"With this (agreement), the fence is removed, Schengen is applied to Gibraltar... it allows for the lifting of controls between Gibraltar and Spain," Foreign Minister Arancha Gonzalez Laya told reporters in announcing a last-minute deal between Spain and Britain just hours before the Brexit deadline expires.