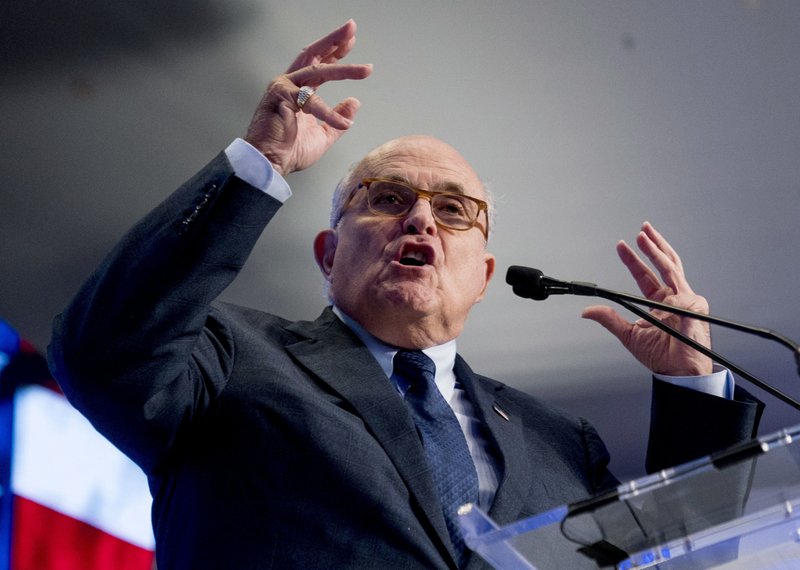 Daniels’ work as an adult film actress “entitles you to no degree of giving your credibility any weight,” he said. He said people could “just look” at Daniels to know she wasn’t believable.

“Excuse me, but when you look at Stormy Daniels...” Giuliani said, prompting the moderator to interject and tell him that he must respect women while he was speaking at the conference.

Daniels has said she had sex with a married Trump in 2006. She is fighting to invalidate a nondisclosure agreement she signed days before the 2016 election.

Trump has denied Daniels’ allegations that they had sex just months after his wife, Melania, gave birth to their son.

He said the $130,000 that Daniels was paid as part of the nondisclosure agreement was “like a nuisance thing.” If her claims could be proven, she would’ve been paid millions of dollars, he said.

Avenatti fired back on Twitter, calling Giuliani a “misogynist.” He said Daniels “should be celebrated for her courage, strength and intelligence” and that he “would be put her character up against Mr. Giuliani’s any day of the week.”

“His most recent comments regarding my client, who passed a lie detector test and who the American people believe, are disgusting and a disgrace,” Avenatti said.

Giuliani declined to comment further on Thursday when reached by The Associated Press.

Daniels, whose real name is Stephanie Clifford, filed a lawsuit in Los Angeles on Wednesday alleging that her former attorney, Keith Davidson, was a “puppet” for Trump and had been secretly working with the Trump’s personal attorney, Michael Cohen, to get her to appear on Fox News and falsely deny the sexual tryst with Trump.