WORLD Giving up on efforts to control virus ‘dangerous,’ warns WHO chief

Giving up on efforts to control virus ‘dangerous,’ warns WHO chief 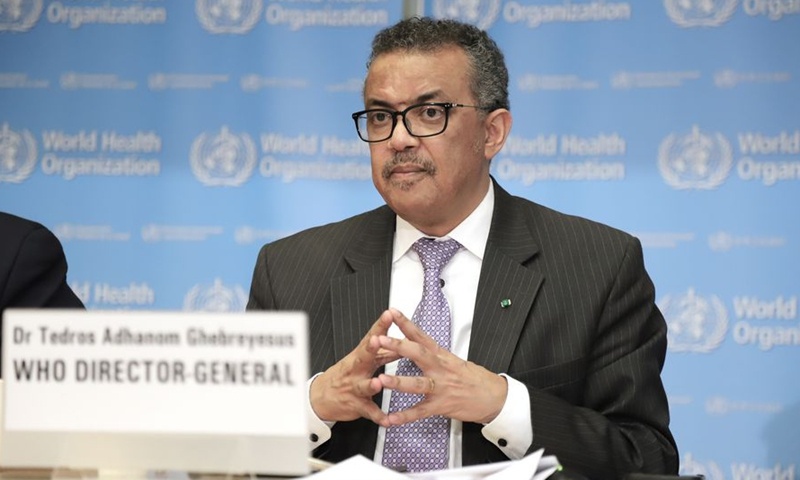 The World Health Organization (WHO) chief warned Monday that abandoning efforts to control the coronavirus pandemic, as suggested by a top US official, was "dangerous," urging countries not to "give up."

"We must not give up," Tedros Adhanom Ghebreyesus told a virtual briefing.

He acknowledged that after months of battling the novel coronavirus, which has claimed more than 1.1 million lives globally, a certain level of "pandemic fatigue" had set in.

"It's tough and the fatigue is real," Tedros said.

"But we cannot give up," he added, urging leaders to "balance the disruption to lives and livelihoods."

"When leaders act quickly, the virus can be suppressed."

His comment came a day after US President Donald Trump's chief of staff Mark Meadows told CNN that the administration's focus had moved to mitigation, not stamping out the virus.

Asked about Meadows' comments, Tedros said he agreed that focusing on mitigation, and especially on protecting the vulnerable, was important.

"But giving up on control is dangerous," he insisted.

Tedros stressed that mitigation and controlling the pandemic were "not contradictory. We can do both."

"No one wants more so-called lockdowns. But if we want to avoid them, we all have to play our part."

When asked about Meadows' comments, WHO emergencies chief Michael Ryan also said countries should "not give up on trying to suppress transmission."