The international community has called for holistic solution to the insecurity across West Africa and Sahel that has over the recent past expanded into areas previously considered safe, with militants continuing to stage deadly attacks. 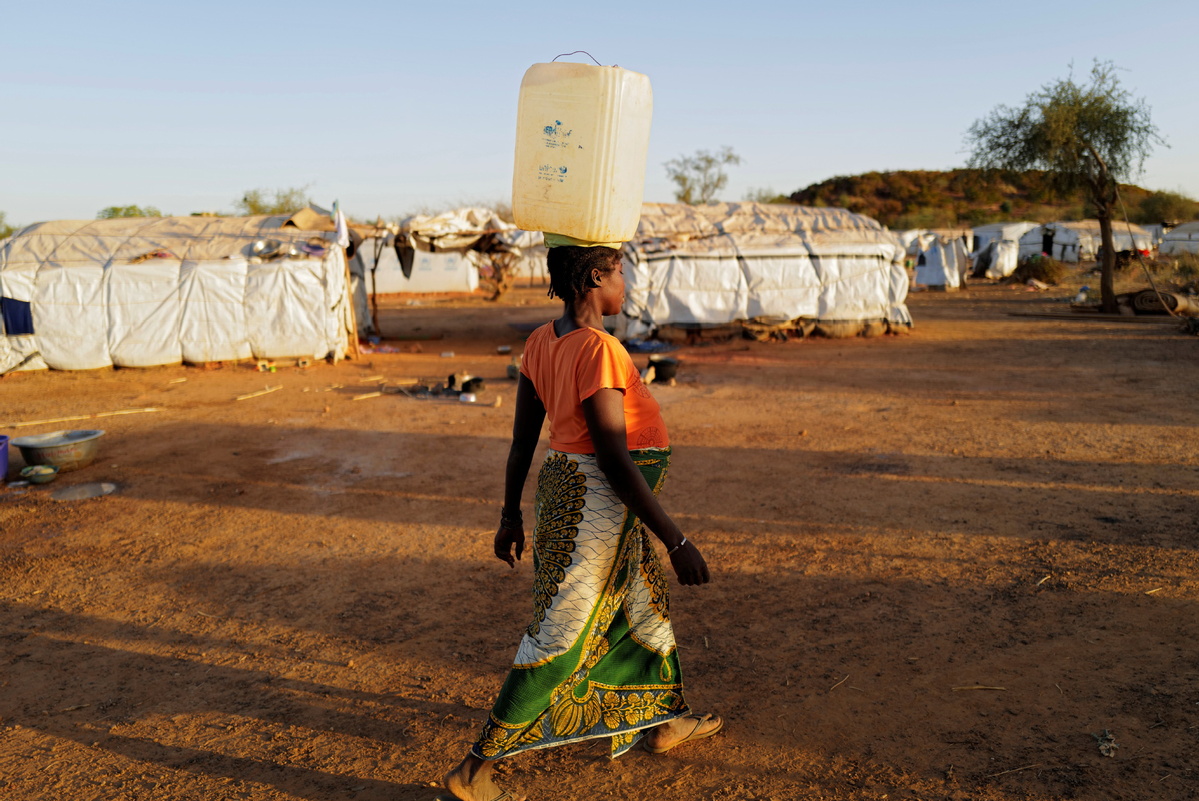 A pregnant woman, who fled from attacks of armed militants in Sahel region, carries a jerrycan of water at a camp for internally displaced people (IDPs) in Kaya, Burkina Faso November 23, 2020. (Photo: Agencies)

Addressing the United Nation's Security Council on Jan 12, Mohamed Ibn Chambas, the special representative and head of the UN Office for West Africa and the Sahel, said there is need to confront the all-too-well-known root causes of exclusion, strengthen democratic governance and give a new and decisive push to fight insecurity.

Chambas said nowhere has resilience been more sorely tested than in the Sahel, pointing out that massive floods have affected more than 1.7 million people in the region.

This is in addition to the coronavirus pandemic that has plunged most countries into recession and led to the diversion of resources from productive investments and the fight against insecurity.

Chambas said 5 million people have been displaced, 1.4 million higher than in 2019 due to insecurity in the region.

In Niger, he said more than 100 people died in just one assault nine days ago while in north-western Nigeria, militants collude with criminal networks.

Additionally, the International Maritime Bureau has reported that 90 percent of global incidents of maritime piracy and hijackings occur in the Gulf of Guinea.

In a statement by the UN Security Council, representative of Kenya called for a holistic approach to the region, entailing political, security and development interventions, noting that intercommunal violence is becoming a "bedrock of recruitment" for terrorists and armed groups.

He said recent events in the tri-border area in the central Sahel, Nigeria and Chad recall the need for attention to the issue, stressing that a holistic solution must be based on stronger partnership between the G5 Sahel, the United Nations, the World Bank and the European Union through a joint project to tackle its root causes.

He called upon the UN Office for West Africa and the Sahel to resume its support for the G5 Sahel's Sahelian Centre for Threat Analysis and Early Warning and to focus broadly on women and young people for development and peace.

"The most sustainable solution to the situation in West Africa and the Sahel lies in comprehensive strategies that address the root causes of insecurity and instability," he said.

The representative of China said the situation in West Africa and the Sahel is stable and many of the region's countries have effectively fought coronavirus, even though they still face many challenges, including combating the spread of the virus.

He said China continues to deploy medical experts as well as medical supplies and equipment to Burkina Faso, Guinea and others, pledging it will strive to make vaccines accessible to all.

He called on the international community to help West African countries address security challenges, including those caused by maritime piracy in the Gulf of Guinea and by Boko Haram and other terrorist groups.

The representative of Ireland called upon all actors to support humanitarian action in West Africa and to facilitate the delivery of aid, while condemning attacks on humanitarian workers in the strongest terms.

She said the impacts of coronavirus are clearly exacerbating the already challenging situation in the region, urging international partners to ensure that Africa receives fair and equitable access to vaccines.

She called for all actors to integrate current and projected climate-related threats into all conflict prevention efforts.

The representative of Mexico said all acts of violence against civilians must be investigated and prosecuted, calling for efforts to transform the socioeconomic conditions that lead to inequality and exclusion.

Echoing calls to incorporate the impacts of climate change into security plans and for the broader inclusion of women in decision-making, he expressed concerns about the presence of mobile terrorist groups throughout the region.

The representative of Estonia said negative security trends continue to characterize developments in West Africa and the Sahel, stressing that "every step needs to be taken to tackle the threat of terrorism".