More than 12 million coronavirus infections have now been recorded across the world, over half in the United States and Latin America, according to an AFP tally of official sources at 0955 GMT on Thursday. 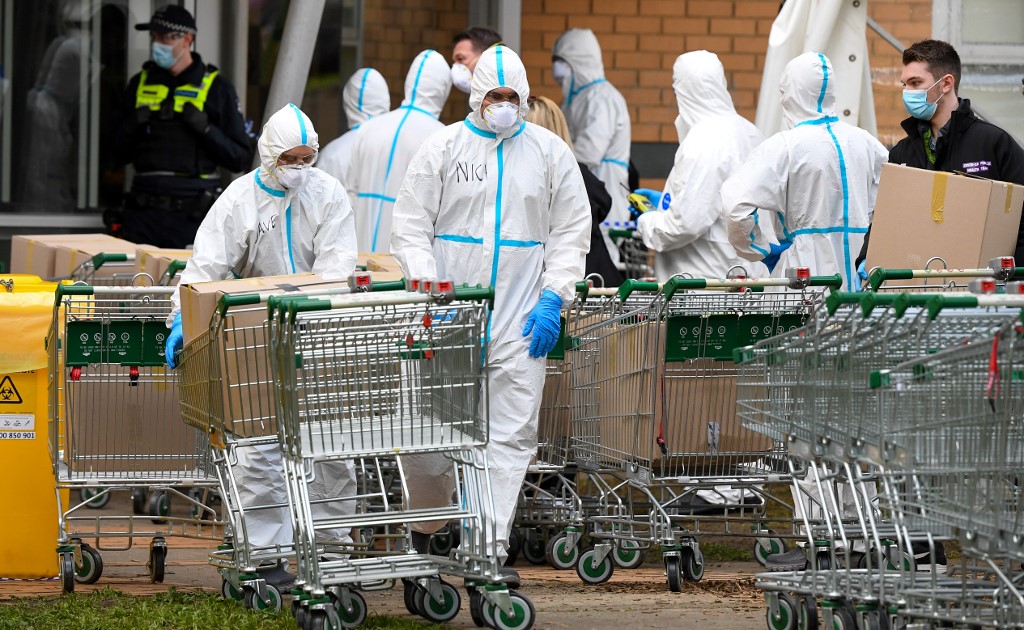 Members of the Melbourne Fire Brigade (MFB) prepare to take food parcels to residents in a locked down public housing estate in Melbourne on July 9, 2020. (Photo: AFP)

At least 12,063,425 cases and 549,451 deaths have been recorded, with the number of infections doubling since May 31. About half of those who caught the virus have recovered.

The tallies probably reflect only a fraction of the number of infections as many countries test only the most serious cases.