Global COVID-19 cases surpassed 22 million on Tuesday, according to the Center for Systems Science and Engineering (CSSE) at Johns Hopkins University. 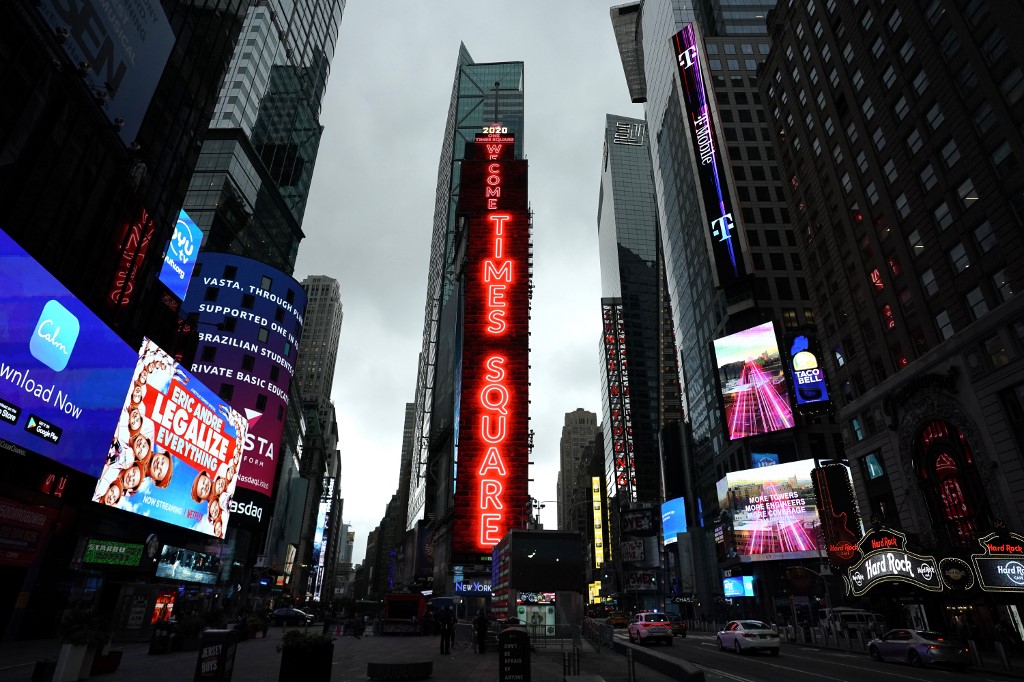 The neon lights at One Times Square where the New Year's Eve celebration and ball drop takes place are seen in New York on July 31, 2020. (Photo: AFP)

Countries with more than 400,000 cases also include Russia, South Africa, Peru, Mexico and Colombia, while other countries with over 30,000 deaths include Mexico, India, Britain, Italy and France, according to the center.