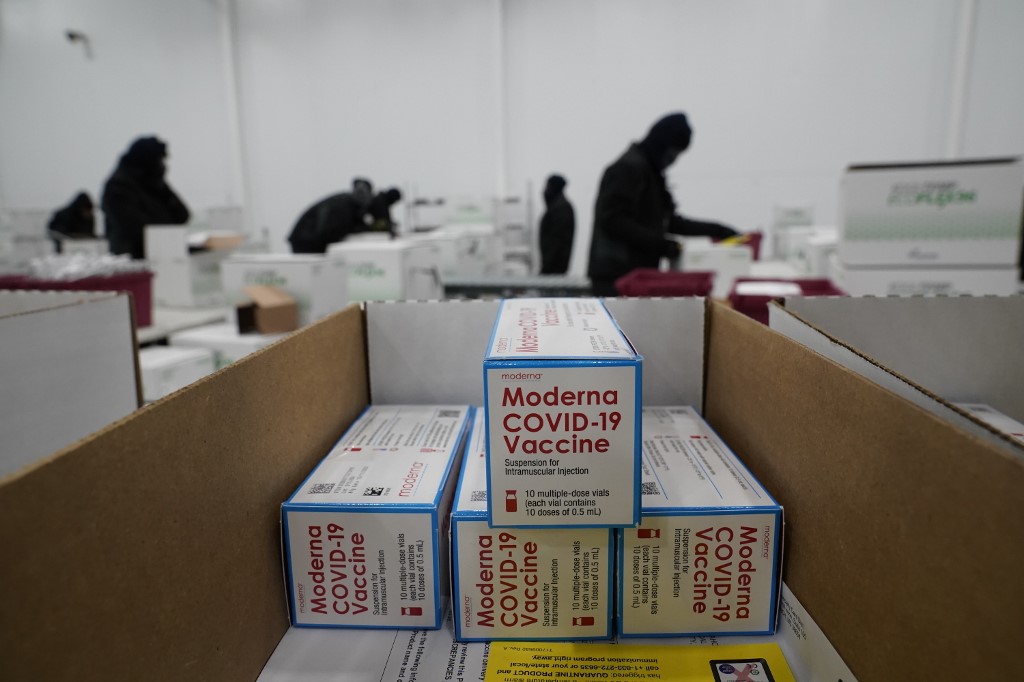 Boxes containing the Moderna Covid-19 vaccine are prepared to be shipped at the McKesson distribution center in Olive Branch, Mississippi, on December 20, 2020. (Photo: AFP)

Countries with more than 2 million cases also include Russia, France, Britain, Turkey and Italy, while other countries with over 50,000 deaths include India, Mexico, Italy, Britain, France, Iran and Russia, according to the CSSE tally.

The United States remains the worst-hit nation, accounting for more than 23 percent of the global cases.

U.S. experts warned there could be a post-holiday surge given the considerable amount of travelers nationwide in the midst of the Christmas season.