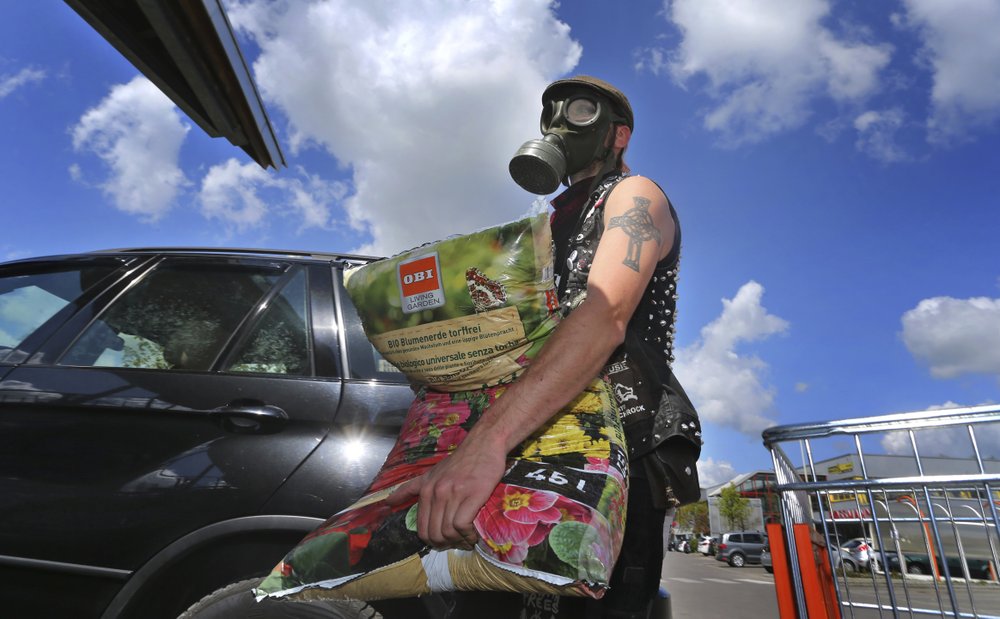 A young man wearing a gas mask loads the potting soil he has bought into his car in front of a hardware store in Kaufbeuren, Germany, Monday, April 27, 2020. (Photo: AP)

A total of 208,131 people worldwide have died of the disease, according to the CSSE.

The United States, which remains the hardest-hit, reported 972,969 cases and 55,118 deaths. Spain and Italy followed with 229,422 cases and 199,414 cases, respectively. Other countries with over 100,000 cases included France, Germany, the United Kingdom and Turkey, the CSSE date showed.